Blossom, I am really sorry to do this, but this just has to happen because how much I love you since you're my only daughter. And the one who will become the next monarch.

— Yoshino, when she was about to sacrifice herself to give birth to Blossom. 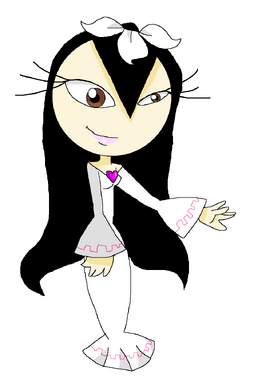 Yoshino the Seedrian was the co-founder of the Green Gate Dream Team before the Metarex war broke out and the kind and respectful mother of Blossom.

Yoshino was a tall and slender woman with pale skin and long black hair cut like a petal with sakura flower at the top of hear head and slanted brown eyes along with long eyelashes. She also wore light pink lipstick and long flowing white dress with rose pink patterns and heart-shaped hot pink gemstone located on her chest.

Yoshino was a kind and caring mother of Blossom who wanted to do anything to her to make her feel safe. However, this never happened, and her father had to take care of her instead.

For a numbers of years ago, Prunus was playing a concert in front of the city until a beautiful woman showed up and clapped after his song was finished. She then joins him into a large building with a lots of other Seedrians into a meeting about the royal election of 1985. Years later, she gave up her physical form to give birth to her only daughter, Blossom.

Blossom sitting on the arms of a Yoshino statue while singing about the REAL truth about her mother during the Infernossom duet version of His World.

Yoshino seen when Blossom was putting her crown on her head.

Yoshino as a hologram, looking at Blossom crying.
Add a photo to this gallery 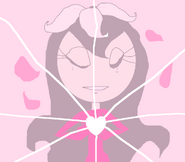 Yoshino sacrificing herself while giving birth to Blossom.

Yoshino in her hologram palette. 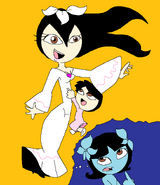 Add a photo to this gallery
Retrieved from "https://sonicfanon.fandom.com/wiki/Yoshino_the_Seedrian?oldid=1652269"
Community content is available under CC-BY-SA unless otherwise noted.