So, I've been wanting to practice at more western-style cartoons, so I came up with an idea.

I call it Kuma the Beast Witch.

It's about monster, the titular Kuma, who lives in the "monster-ridden" town of Medusa, Texas. She's a beast witch (an animal-based sorcerer/sorceress) who, along with her fairy friend Ryan, are trying to fit in at Edgar Allen Poe High, a school for humans. So far, they've made two human friends: Maggie and Stan, the only two kids in school who never had a mentality that all monsters are bad.

Kuma and Ryan also tend to summon monsters to help with their problems. It usually doesn't work.

Also, eventually, there will be a villain named Victoria Van Hexsing, a monster hunter/wanted criminal with an exceptional prejudice toward our main protagonists. (Also, yes, she's based on Van Helsing.) I might also draw the characters in my usual animesque style at some point.

I can't upload the pics I've made at the moment, but I might post them eventually. Until then, you'll be able to find them at my DA.

This is Erica Sakura, signing off.

Edit: I know the "fish out of water" plot has been done, but come on, is there really such a thing as an original plot? 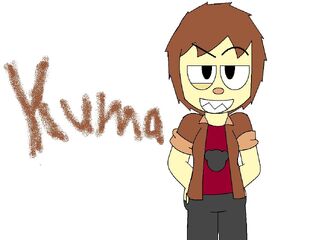 Here's Kuma, our main protagonist who is surprisingly kind-hearted and would never think to put some kind of "Panda Hex" or whatever on you...(Unless you cross her.) 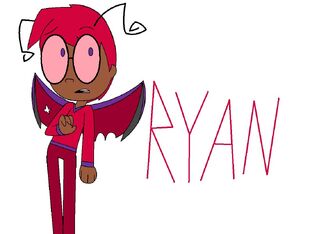 Ryan, Kuma's sensetive, smart sidekick. Be warned: He can use dark magic. 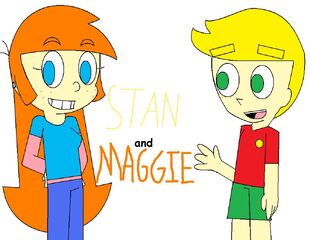 Stan and Maggie, Kuma's human buddies. And no, Stan's never heard of this "Remy Buxaplenty" guy you speak of, why do you ask? (Seriously, that didn't occur to me until after I drew him.)
Add a photo to this gallery
Retrieved from "https://sonicfanon.fandom.com/wiki/User_blog:YoungOtakuNerd/New_Cartoon_Idea?oldid=1553543"
Community content is available under CC-BY-SA unless otherwise noted.
FandomShop Newsletter Join Fan Lab