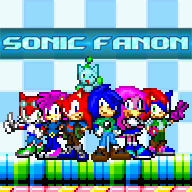 You heard that right: the 2016 Winter Awards. We're beginning the event early, to make sure that we kick off the new year with the awards ceremony! Once again, lemme give you a rundown on how this works.

The SFW Awards is a contest that opens up once every summer and winter. (Spring and Autumn used to be a thing, but we decided to drop them recently. (the latter never worked out anyway.)) There are multiple categories in which you can enter a character or other such page to compete in.

The Nomination Phase has Ended.

The Voting Phase has Ended.

The Tiebreaker Phase has ended.

The Results are in! Click here to see them!

The Second Round - The Voting Phase

"So. You think that you can get away with this? Because I happen to disagree. You've just made a mistake that you will never forget: You've driven me over the edge. I woke up only a month ago with no memories at all, and suddenly I'm dragged into this? My life has only been like a rollercoaster, only without the fun. I've been flung through this, unable to control what happens. But not anymore. This coaster is mine to steer, and it's off the rails. Do you hear me! You have done wrong, and this has been ONE. TOO. MANY. You've messed with a murderer. Yep! I admit it! Uisu? That's not my real name! I am Platinum The Echidna, convicted mass murderer! You haven't just messed with someone who has a point to make, you're messing with someone's last stand. Not just a powerful being, I am a force of nature! You are not just messing with someone who has lost! I am someone without ANYTHING. LEFT. TO. LOSE! So do what the sane person does. Run."

"INSIGNIFICANT INSECTS. YOU INTRIGUE ME. IN ALL OUR CONFLICTS THUS FAR, YOU NEVER FAILED TO FIGHT BACK DESPITE THE ODDS AGAINST YOU. THIS MORTAL FERVOR... IS THAT WHAT YOU CALL 'HEROIC WILL'? BAH. I LAUGH AT SUCH HOPELESS IDEALS. YOU HAVE BEEN QUITE ENTERTAINING, BUT THIS BATTLE ENDS NOW. I WILL BURN THIS ISLAND TO CINDERS, AND YOU CANNOT STOP ME. TIME TO DIE."

"Tiffany, it's all too simple for one not to know, yet too complex for one to think deeply about. Just because you think you can and you really want it to happen, doesn't mean that it will nor can it actually happen. Time has set it's course for most of us, and you have to be really lucky to travel along your own path instead of conforming to what the timeline has set for you."

"...my kingdom still does not respect me. It has been a year, and yet, they do not see me as their king. Ha! What foolish theatrics. If I must go out there myself and show them my might, then I shall."

"You know, I may be dead and all that jazz, but that doesn't stop me from enjoying what the material realm has to offer.. That also includes certain sins of the flesh."

Platinum the Echidna, by Timesmashaperil - (2 For / 4 Against)
Add a photo to this gallery

The Final Round - The Tiebreaker Phase

Organic Lifeform - Winner decided. On hold for next round.

Male - Winner decided. On hold for next round.

Character of the Year

In this exciting category, we have the returning winners from the last two seasons in 2015: The Winter and Summer Awards. These former champions will go head to head in this round to see who is the Character of the Year! Since this is the Final Round, you may only vote for one character.

A better idea has been brought to my attention; rather than taking every winner from the previous awards, we will only have the winners of Best Character.

Retrieved from "https://sonicfanon.fandom.com/wiki/User_blog:Smash_The_Echidna/SFW_Winter_Awards_2016?oldid=1651340"
Community content is available under CC-BY-SA unless otherwise noted.