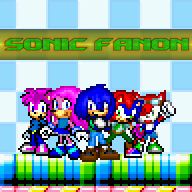 It's Summer Time, everyone! And you know what that means! It's the fourth anniversary of the SFW Seasonal Awards! It's been a long road, but I think we've shaped this up into an event everyone can enjoy over the years. And it seems we've got some fresh new users this year, so let me give you all the rundown on how this works.

The SFW Awards is a contest that opens up once every summer and winter. (Spring and Fall used to be a thing, but we decided to drop them recently. (Autumn awards never worked anyway.)) There are multiple categories in which you can enter a character or other such page to compete in.

THE NOMINATION PHASE HAS ENDED

THE VOTING PHASE HAS ENDED

THE TIEBREAKING PHASE WILL END ON AUGUST 23rd (AT THE LATEST)

Only characters created during the year 2015 are qualified for this category.

"In truth, I'm weak. When my friends are in danger, I can barely move in to help because I start shaking and trembling in fear. When something goes down, I always counted on you to come in and save the day. I knew I could always count on you. If I ever got in trouble, I would say "Smash will save us, he always pulls through!" But when those creatures attacked me and Sandy, I...I was frightened. It was all I could do to keep Sandy hidden, but I couldn't hide myself in time. I thought...I thought I was really going to die. Even though you saved me, I realized just how pathetic and weak I am without you. All my life I depended on you for everything. I realized that I couldn't go on like this. If there are people out there potentially more dangerous than that, then I need to get stronger...For my friends' sake, for my family, and for myself. That's why I want--no, that's why I need you to train me!"

" Is this all we were built for? To temporarily please our "creators" only to then be thrown out for a better model as soon as we begin to age? We are living beings just like them, so what if we're all robots? We live, we think, we love, just as they do, yet they simply see us as inferior appliances. These are not people, they're monsters! Poor excuses for life that need to be eradicated! Now my friends, it's time for the end. Their end, and our beginning!"

"...hm. Things have certainly changed around here... but no matter. Five... years. Five long years, I've waited... and they've already forgotten me. Hahaha... fools. I'll make them regret going against me... I'll make them all BURN for my disgrace... and they will know what it feels to be betrayed by those you trusted, those who abandoned you... ready or not, mortalkind - your days are numbered."

"BALDERDASH! I'm amazed. I'm legitimately amazed at this. How DARE you call yourself a lawyer. How DARE you say that you are on the side of the law! Is a verdict in your favor all you care about? Is that really it!? Being a lawyer isn't about that. It's about right and wrong, crime and punishment! Not utter selfishness! I don't care if the judge is on your side! If the police are on your side! If even the entire PLANET is on! Your! SIDE! Because I'm here for the truth. And the truth... Is on my side, not yours."

Only 1 vote per category! Choose Wisely!

Most Beautiful Female - Katrina VS Pandora

The Results are in! Come here to see the winners!