Hi guys, it's Darkest Shadow. I was Pianoteen, until I had my username changed. But away with the introduction stuff about myself. Now look, I know he was supposed to host the awards for Summer and Winter, but apparently, I just was really excited and I couldn't take another day. I tried to host the Spring Awards, but I gave up my computer work for lent. So, now, here we go. I'll let Smash decide what he'll want to change about this blog. The list of nominations may be found here.

Reminder: You may not vote for your own character. (But I'm sure you all know that already... xD)

If you don't find these dates resonable, please notify me or him.

Nominations are officially OVER. We now start voting.

The Final Round has begun!

"Seriously, though... thanks for saving my tail back there. I almost thought I didn't make it... if only you could have made it too... I wonder what would have happened... if I had decided to take up your offer of ruling the mortals by your side a few years before..." _ Blitz the Wolf (3 For, 0 Against)

"You're future is what you make of it. Remember that." _ Christina "Christie" the HedgeCat (0 For, 6 Against)

"Whining and fearing your enemies won't get you anywhere... standing up for yourself and valiance will."_ Lillian "Lily the Echidna" Fontaine (3 For, 2 Against)

"Hope? Nothing is more dangerous and idiotic as hope. As long as the queen reigns and Zalost wars against her, The Wastes will remain a nightmare. The land pleads for life not mutated and defiled by magic. It pleads to once again be fertile. It pleads us to give back to it. But this will never come; all the mana that flows to this land is sucked up by its mages. The only ones who can change this refuse to do so; they only care about wounding Mobius and the elements that nurture it to gain more power. Only fools have hope, and only optimists idiots think that this hell can get better."_ Jared the Defiler (3 For, 3 Against)

"A kid who murders people... How sad. What's even sadder is how I only just learned right from wrong. My family has been doing nothing but kill others who haven't even a reason to be killed. Eleos wolves are not 'supreme'. We are no better than anyone else. Heck, we're much, much worse. And even though I know what I have to do to stop my family, it's tearing me apart... Although I suppose if it is to save hundreds, or even thousands or more innocent lives in the future, my actions will be justified... Right? Now, all I must do is wait until I'm strong enough to do this on my own. I'm sorry, everyone, but family no longer comes first..."_ Raptyre the Wolf (5 For, 1 Against)

"Yes, I have friends who care about me. Yes, they'd probably do anything for me at the drop of a hat. But you know what? At this point, they're nothing but distractions. Me caring about them is doing absolutely nothing to help myself achieve my goal. Using my valuable time to talk and be with people rather than search for what I desperately need... I need to say goodbye to being a vampire, to being a werefox. I don't care if it's selfish! Not looking for a permanent cure is killing me! My mind is falling apart, and it's not my fault! To everyone that I care about, to everyone that cares about me: I'm done with you... Helping myself comes first. Until I can become good, normal me, you guys can wait..."_ Valencia the Vampire Werefox (3 For, 2 Against)

"All of us; Me, Speedy, Violet, Tab, Gizmo...Everyone. Even Daz and Cymbeline. We're all family here."

"Not related by blood? Most of us are completely different species. But that doesn't matter. We stick together, no matter what. We share the pains, the burdens, and everything else together. No matter what happens, we'll be there for each other. That's...what makes us family."_ Smash the Echidna (6 For, 0 Against)

"Selfish? Yes... I am selfish. But you should also note that every living thing is selfish, don't you think? Taking you as an example. You attempt to wipe out an entire planet of its population just so you can build the fantasy you see in your dreams? The difference between you and I is that I don't need the guilt keeping me awake at night. That I admit I'm selfish. This whole time, I've done this thinking.. perhaps, there is something for me to redeem myself of, thinking maybe I'm right or wrong. In the end, though. It's true. Every living creature is and always will be selfish. You show your true colors as both a hypocrite and a monster. So now, kindly shut up."_ "Kenas" Dracius Cross (7 For, 2 Against)

"Every life is another book written by the same author. As for me, you'll find me in the library with a match, ready to burn them."_Hamaveck the Hateful (7 For, 1 Against) 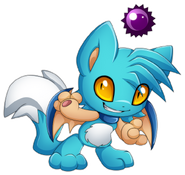 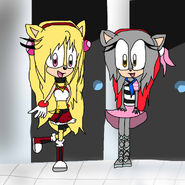 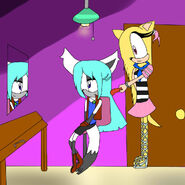 All votes should be added within the next 4 days. If you have voted, and you are not mentioned here, please notify me or Smash.

Retrieved from "https://sonicfanon.fandom.com/wiki/User_blog:Darkest_Shadow/SFW_Summer_2014_Awards!?oldid=1539824"
Community content is available under CC-BY-SA unless otherwise noted.