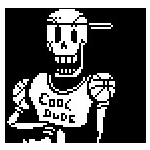 (Note: This is my embarrassing user page from yesteryear. However, as I also find it to be amusing for some reason, I decided to preserve it. Enjoy reading if you want. -User Formerly Known as VenomTheEchidna/Mel)

WELCOME TO MY USERPAGE !

Yo! The name's VenomTheEchidna, but I'd prefer it if you just call me Venom or Ven =P. My real name I can't reveal, obviously. Lol.

Just to let you know what I'm interested in, I love Sonic (obviously), Mario, Zelda,

Death Note, Bleach, Season 1 - 4 of SpongeBob (all of the other episodes suck except for the one where Gary keeps on meowing for the Snail Bites and a few others like Sand Castles in the Sand XD), Naruto and many other series. I'm introverted and generally shy, even on the internet. But nonetheless, I've managed to make a few friends (somehow). I am also a huge science nerd; no shame. B)

Put your name here if you are my Friend! :)

Retrieved from "https://sonicfanon.fandom.com/wiki/User:VenomTheEchidna?oldid=1817246"
Community content is available under CC-BY-SA unless otherwise noted.