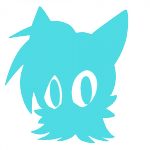 aka Twilight or Twi

Hey everybody, I am True Lycalo. You may refer to me as Twilight for short or simply Twi for shorter. Well, I'm a huge fan of Sonic the hedgehog and I have been as far back as can remember. I enjoy coming up with new ideas and concepts for characters and further developing them in a nice constructive RP. I'm a decent fanfic writer and I'm even working on a 3 part story series that ties all 5 of my very different characters into one epic(ish) story. I'm on alot of the time (seeing as how I don't have school or a job yet for that matter) so if there's anything I can help anybody with, let me know and I'll most likely get back to you quickly

I am: Mostly offline, but silently lurking

Thoughts: Wow! It's been far too long since I've extensively shown my face around here. Work and raising a child have proven to be more time and energy consuming than I anticipated. But my hours are getting cut, so hopefully I'll stop by much more frequently.

CrymsonShokwave - My first friend here (I think). A very talented artist and RPer who has some awesome characters. Just like everyone on this list, we don't talk much (I'm mainly at fault for this) but I know she's an awesome friend to have.

Frost the Wolf- I'm always on the lookout for Frost as he's not on frequently. He's a pretty cool guy and loads of fun to RP with. I'll never forget the dream I had when my Terrador battled his Zorovar. I've recently discovered we share simliar interest in the Metel Gear Solid series, which is infinitley awesome.

SPop120 - The one I talk with most and my closest friend here. She always has interesting ideas for characters and RPs and I'm always intrigued by them.

Monk the Cat - A person who I always have fun RPing with. His characters never cease to surprise me and I it's always a pleasure to have mine interact with his.

Kiramazing - Her strange sense of humor cracks me up all the time. Her characters are pretty cool and she's always fun to have around.

HS664 - A rather strange individual who I've always been curious about. Through various RPs, I've gotten to know him a little and he's a pretty cool guy and I always look forward to see what crazy ideas he comes up with.

DestinyHeart - At first just the friend of a friend, she's become a friend of my own. One of the many talented artists amongst my friend, I always enjoy RPing with her. Apparantly, I make her laugh; I never knew I had such power before.

(Due to laziness, I'll add anything I forgot later.)

Retrieved from "https://sonicfanon.fandom.com/wiki/User:True_Lycalo?oldid=1652923"
Community content is available under CC-BY-SA unless otherwise noted.