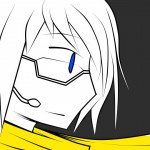 I'm Tails6000 (or Twister as most call me) I am a well-known user (plainly for my randomness -_-) just ask me if you need either an idea or if ya have a problem I know how to fix. Just hoping I'm able to pass highschool.

"The cake is...THE TRUTH!"--to prove that cakes are real

"Then I used my fight money to buy 2 of every animal on earth and then I herded them onto a boat. and then I BEAT THE CRAP OUT OF EVERY SINGLE ONE!" --when trying to be funny

"And from that day forward any time a bunch of animals are all put together in one place IT'S CALLED A ZOO!" --also when trying to be funny

"UNLESS IT'S A FARM!" -also trying to be funny

"IT WASN'T RIGHT THE FIRST TIME WHY THE HECK WOULD IT BE RIGHT THE NEXT 10 TIMES!?!" -when someone angers me by their guessing the same answer 10 times or more.

"Each and everyone of you is a spy!" -trying to be funny by thinking everyone is a spy

"Each and everyone of you will be sent to your momma in a box!" -trying to be funny AND my first LOL caption

"Do not look at my I didn't ask you a Question!" -when someone thinks I asked them a favor but didn't

"Which base looks more diabolocal?" -when I ask a classmate which of my office drawings is more diabolical

"Gmod is fun" - obviously when I play garry's mod

from today, December 30th, 2011, all these characters bellow are my copyright, no if's,and's,or but's about it. You must ask for permission to use them as well.

Jeremy the Breegull (my fursona)

Mariele the Hedgehog (my medic based character >:P)

yeah this is all I got so far

They may be mentioned on other pages, but I have various characters I plan making soon ^^

User:Tails6000/Haruhi the Fox (the best anime girl of all time IMO...next to sango and kagome)

Slayer the Wolf (based on guilty gear's slayer, though I do plan some changes to make him stand out,counterpart to Yosuke Wolf :P)

User:Tails6000/Yosuke the Wolf (My version of Yosuke from persona, will make him stand out from the original, was able to flesh him out in a separate continuity with Akamia/Jezz)

Maragi the Wolf (my author avatar/fursona to replace my breegull self,Got a sprite edited for him too so I got something to use for his info box)

Retrieved from "https://sonicfanon.fandom.com/wiki/User:Tails6000?oldid=1548567"
Community content is available under CC-BY-SA unless otherwise noted.