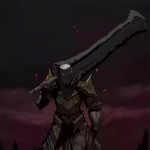 Things to know about me

Gallery of Random Awesome Shit that I find -Mostly Warhammer 40K Cause fack you that shits awesome.-

Just a collection of Cool Images I find, because why not.

Chaplain Grimaldus and Ekene Dubaku - Bro's to the end, also fuck the Inquisition.

HFY - Also the Movie Avatar really isn't that good if you think about it; Seriously the entire plot had no logical grounding because of a multitude of reasons; One of which is a little thing called Subsurface mining 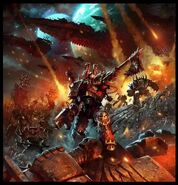 A Deathwing Terminator, not sure who, but he's unleashing a metric FUCKTON of rip and tear on the foul Gene Stealers. 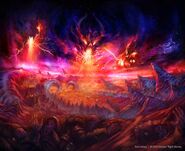 Daemon Worlds; not a very fun vacation spot unless you're a Chaos Space Marine or a Daemon
Add a photo to this gallery

I'm generally really easy to get along with, or at least I try to be. So I try to befriend people and help out. Doesn't mean i'm a pansy who one can walk all over without any form of backlash but thankfully I have a high tolerance for BS. .3.

Rexx I rp'ed with him a few times and he's fun, also he's a good person to talk to.

Raider We share similar interests, she's fun, we rp'ed and have a tp going on and it's fun. He also has good ideas.

Grandmaster Toast Mantish Chill guy, shares many of the same interest and is fun to talk to and rp with.

Gaomon332 Awesome rp'er and funny. I miss the guy.

Leo We were jokingly shipped together and we go with it cuz it's fun.

Memph I consider him a friend, even though we barely interacted due to him having college he's fun, has good artwork and knows how to have fun.

Anna. Barely talk to her, her artwork is amazing, she knows how to pull off the mean girls personality type and is generally awesome.

Milez Haven't interacted with him much recently, his Linkian empire thing was pretty cool imo.

Jared He's been nice to me and I wasn't there for all of that stuff that happened with him so I won't judge based on that.

The Black Dragon of Orihara / Solar We get along, fun to rp with, and isn't afraid to state things exactly how they are. He's helped me out a bit in regards to certain things as well.

Monk the Cat A cool guy, funny and good to talk to, helped me out a few times as well. Also, ferrets. . 3 .

Blake Fun to rp with, a good conversation, is even snarkier than me, has great taste in music and is generally awesome even if we had a bit of a rocky start when I was newer due to me being me. ^^

MafuMufu A really awesome chick who's blunt, takes no crap, a good person to talk to when we do talk amongst other things. Basically a person I admire.

FroZen One of my close friends here, I like to rp with him and he's generally laid back. Though I do like to crack jokes using his name as a pun, like Frodo, Frobola, Frobo, FroFro and the list goes on. ^^ One of his spirit sword charries, this one named Charon, is in the possession of one of my characters, Exspiravit. :3

Medley chan Don't know her much but I like her enough to call her a friend, she's funny and fun to crack jokes with. :3

Fox,Fox,Cat / Foxy Lady / Cat Lady Same as Medley, don't know her much but I do know her enough to consider her a friend. :3

Darkest Shadow  A really fun rp'er with an interesting cast of characters and a cool series, Would love to rp with him more, plus he's a really cool guy to talk to. .3.

Better known as the place where I keep characters who don't have pages, aren't really sonic related and whatnot.

Hair Style: Spiky, reaches down past his shoulders

Notable Features: Vermilion hieroglyphics that translate to Seht tattooed on the right side of his face, 24 Karat gold bracelet on his ankles and arms.

Personality: Polite, well mannered with a hint of biting sarcasm. Tends to curse in Egyptian when irritated.

Skills: Aside from being quite knowledgeable in ancient egyptian history and being able to transcribe egyptian hieroglyphics to english, he is well practiced in using an egyptian curved sword, or Kopesh, in battle like an actual sword or using it as a focal point for his magics.

Powers: Egyptian glyph magic with a six use limit per day that resets at 12:00 AM. He can can conjure and use sand as a form of defense and he is a practicioner of Arbomancy.

Attire: White jacket with grey as a secondary color, khaki pants with a gold band in his right pocket and a pair of peach colored opened toed sandals.

Notable Features: Slitted pupils, black corneas, crows feat under his eyes and a wide grin on his face.

Personality: Cruel, sarcastic and easily angered. He's no stranger to cruelty and has shown a willing to endanger others for the sake of getting even with anyone he held a grudge over.

Skills: Painting, tracking, a sweet talker who's ready and willing to use a gun to solve his issues.

Powers: Gunpowder Manipulation, can manipulate and produce gunpowder from his back via special glands as a result of a mutation occuring at birth. Explosion Immunity, which allows him to use his gunpowder manipulation without having to worry about getting harmed by explosions. He has two serpent morphs that could be used as an indicator as to how strong he currently is.

His Boitata serpent morph basically morphs Emrys into a large Brazilian Anaconda about the length of 14 football stadiums and proportionally as tall and wide, with two curled horns extending from the base of its skull. Said Anaconda is also eternally wreathed in white flames that can leave anyone who looks directly at the flames permanently blind. The boitata morph is the one Emrys frequent;y used.

His Egyptian Cobra morph, however, morphs Emrys into a black and red sun eating serpent with three eyes on each side of the head reminiscent to that of a demon from hell. It has runes that seemed to have been burned onto the sides of the serpent, the tail splits off into three segments and the fangs of the Cobra are proportionately long and wide for a snake that is capable of swallowing the earth's sun whole. This Cobra morph signals the return of Apep, the sun eating serpent and the Egyptian Lord of Chaos, power wise, This morph basically grants Emrys/Apep Prime Evil status along with the powers that come with it.

Divine Relation: Incarnation of Ra, well he thinks he is. In actuality Kiera Mehtz, aka the actual Ra just funnels her powers as the sun god into him so she can live with Aturr and his family in anonymity.

Species: Divine Entity, takes on the appearance of a human female.

Nationality: Egyptian, well she tales on the appearance of one

Divine Relation: She is the Sun God(ess) Ra.

Attire: A set of 'Corrupted' Monastery Robes, really they're just the robes he wore during his tenure at a mountaintop Monastery only he had them dyed black and the ends of his sleeves torn as well as having various symbols stitched onto the robe in an attempt to look margineably more intimidating; as you can expect, this fails horrendously.

Riven is incredibly laid back and lazy for the most part, having acquired the title of Dark Lord by sheer luck on his end. Not that he would actually admit that part because Riven thinks that he'd probably end up getting his ass eaten by his own subjects, even though they already know that Riven only got the title through luck.

Anyways, his laziness is legendary; to the point where he finds getting mad to be 'too much effort'. Thus, one would probably find him to be very lethargic; only really getting worked up when something happens to interest him. Like video games, or comic books. Despite all this; he actually does give a damn about his minions and subjects, and as a result he is far less likely to waste their lives like they are just mere pawns on a chessboard. This quirk of his endeared him to his subjects/minions, seeing as he's more focused on their welll being and happiness than any sort of megalomaniacal global conquest plans that will never go as planned.

​History -This be a Work In Progress-

Now; when he first found this hidden trove of knowledge.. Riven whined about the fact that there were a lot of fucking books and the percieved studying he would have to do, however the trove seemed to be sentient in the way that it reshuffled the books on his complaint; Rien noted this, this time asking for a grimoire that focused on restoration magics and to his surprise; the trove actually listened. Producing a small leatherbound book held on a silver chain that Riven grabbed, thanking the sentient library before going off to read this grimoire.

As a result of much time spent studying and applying what he learned from the grimoire, Riven found that the potency of his spells had been increased drastically as well as his moderate mana reserves; said reserves had grown exponentially, thus allowing him to heal all but the most serious of injuries for groups of his subjects. However, he still had absolutely no skill with combat magicks.. Or any weapons, something which he was just too lazy to fix.

Retrieved from "https://sonicfanon.fandom.com/wiki/User:Saren_the_Dark_Lynx?oldid=1740151"
Community content is available under CC-BY-SA unless otherwise noted.