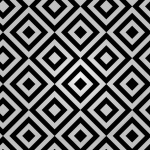 aka I Don't Come Here Enough...

Just in Case you Ask for It

My User Page is LONG so prepare to read a lot of stuff >:).

Logo Pictures for Other Users

Other Sites I'm On

Most of my Active Times

I'm usually on around these times.

My Introduction to You!

Hi Im RedMark, you can just call me Mark, Markus,Pinkie Pie,Pinkie, or Pinkemena.I'm a nice, humble 13 year old, however, I can get a bit mad if you bother me too much.Otherwise I won't bite if you send me a message saying that you want to meet me or whatever.I'm the guy with the hair that people actually think is an afro.Then again if it was I could be Sergeant Keroro! I'm a Artist or at least I call myself one.I work both Ditigally and Traditionally, my backgrounds are usually in water colors while my characters I like to draw traditionally.I make more characters than I make pages for, it's true, very true...I hope you know me a bit better (Random,Pysco,Spiral,Sonic drawing,Nut Comes to mind?).I am a Brony,Artist,Student, and Contributer to the Sonic Fanon Wiki.

Little More About Me!

Sonic the Hedgehog(Mostly the entire franchise)

Super Mario Brothers(My first game was Super Mario Advance. 4, How could I not like the plumber!?)

Eiffel 65(Not sure how this wasn't on the list earlier...)

Sonicsmansion97- How can you not be her friend?She's kind and always takes requests no matter how many she has to do already.Did I mention she's a great artist too?Hope to see her in a few years.

Stardust327 - She's always happy and forgiving and looks at the bright side of everything,no matter what.

Pomekin - Maybe my sister but she can help me out sometimes.

Apallo The Hedgehog - Probably the second person I met on SFW.When I met him he was telling me about how he hated Soniczone.net.

Blurayoriginals - Another user who can be a great friend.He's got great characters and a great wiki.

Thundertails14 - She's very thoughtful, she drew me an outstanding picture and went out to the store to get colored pencils to color it. :D Too bad I only get to see her on weekends. :(

NightmareHouseFan - A cool guy who's also a brony.He's got a good side and a bad side or as he calls it his Fluttershy side and his Flutterbitch side.He's funny too!

Journey856 - I met him on the chat and he turned out to be a brony too!I don't see him alot but when he does come on the chat I like to talk to him.(The same story as Thunder)

Needlemouse - A friend of mine I met sometime around my first few months of being here.We had some great conversations, he's left but he might return once in a while.

(Don't be afraid to list your name here if your a friend of mine or if you concider me a friend!Remember I'm usually making Videos/Pictures so I don't really get to list a whole lost of things here.

Remember to link your page to your description!

==I do not make recolors and the two you can see one of them I made(to the right).The other one is made by my sister(user:Pomekin).So no requests.]==

My real name is Mark Girgis.I live in South Florida.I have one dog named Duffy and hes a golden retreiver.I am ALWAYS busy with school work so I dont have time to draw or anything.I am 12 years old and have loved sonic for at least 8 years.I came to this site because of blullies and jerks at school making fun of me just for liking Sonic the hedgehog.I am really a good persom and I can be quite sympethetic at times.I like to draw Sonic the hedgehog characters and my favorite things in the Sonic franchise are the games.I also take intrest in the Sonic action figures and plushies.I prefer to be called a fan or if you want expert.]

I have been told im a Great Drawer and I think I am too, but I think theres alot of people more talented than me(All the people who use tablets).I will consider taking requests but if I do it might have to be put off for few days, but dont complain.

Still thinking about it

Yes I now have the marvalous remake of Sonic CD for Android and Xbox 360.It's amazing, the gameplay doesn't change much but you can choose through a variety of settings to play to your liking.You can switch through the Geneisis style spin dash or the Sega CD version along with the option to choose which soundtrack you would like, either the American or Japanese.I found it very interesting how their was to much customization in the game even for minor graphic changes.There's achievements if you have it for Xbox 360 which add more challenge to the game and make it more fun to play.Something I noticed a few years after playing the game on Sonic Gems Collection was that Tails did not make many appearances through out the game and only appeared in the D.A Garden flying and in the Sound Test next to a Jeep car saying "See you next game!"In this game he appears as a playable character!Tails has the ability to fly like he did in Sonic the Hedgehog 3, along with him being able to Spindash he recieved some additional sprites to match Sonic's.He's compatible with the Special Stage but just like Sonic he can't go into his Super Form.Speaking of Super Forms, just like the original game Sonic and Tails can't become Super Sonic or Hyper Tails/Super Tails, I know how theres Time Stones instead of Chaos Emeralds but it shouldn't matter what stone you have to become Super in my opinion.Then again lets remember almost every Sonic game won't let you become Super Sonic even with every Chaos Emerald.Anyways I would rate this game a 7/10 for Android.Yes I know it's limited to it's controls but I think they could have made it easier to control the player because if you want the Sound Test or other special content than you have to earn it by completing Time Attack which isn't easy.As for Xbox 360 I give it a 9/10.It was amazing, I could beat the game with a Good Future and almost all Time Stones!I had a bit of an issue with getting a few things in the Time Attack Mode but I quickly overcame it unlike the Android version.Hope you enjoyed the review!

*For all of these make sure that my name is Mark(Except Xbox 360).

This isn't gonna be full right now but soon I'm gonna be able to show some more stuff.I got a picture of me with my games and Sonic toys on top.

Retrieved from "https://sonicfanon.fandom.com/wiki/User:RedMark?oldid=1572414"
Community content is available under CC-BY-SA unless otherwise noted.