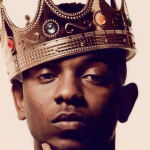 I was born June 5, 1999. That makes me sixteen now. I got into Sonic when I was about two years old. My first sonic game was Sonic Adventure. That inspired me to make my own character when I was six. Rapid was originally Sonic's brother but then I revised him over and over again. In fourth grade, I made Rapid a main character of mine, creating him in detail and adding actual details into his design and creation. By the time I was in sixth grade, I found the Sonic News Network. I just looked around until I saw a link to the Sonic Fanon Wiki. Once I found SFW, I fell in love with the site. I had seen other websites that were in a forum format and that turned me away, but SFW was beautiful. I've been here since 2009 and don't plan on giving up on SFW yet.

Retrieved from "https://sonicfanon.fandom.com/wiki/User:Rapidthehedgehog?oldid=1798671"
Community content is available under CC-BY-SA unless otherwise noted.