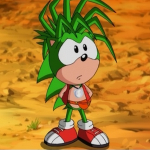 Hello I am Matryoshka, but I also go by Karis (my real name), Kez, Lucas, Terezi, Condes and... wow I have way too many names!!! You can call me whatever you like! I frequent quite a few sites but I'll leave you to try and find me, it's not too hard with some of those nicknames and my characters in tow ;3

I am a 20 year old (I'm so old ;____;) studying art, Animation and Illustraition in particular, I'm British, Dyslexic and have green hair... No. Really. I am also a big old ball of gay! As in, I am a girl who is interested in dating girls and only girls.

I like to think I'm friendly enough, though admitedly I can get irritated and for the most part can not tolirate stupidity. Just, talk to me like you would anyone else and we'll be fine okay?

The worst characters ever created

Aka: My fan characters. ^__^ Don't worry I am joking I like to at least put SOME effort into my characters!

And a couple who still need to be named. .3.

I will go down with this ship!

Babby's are fandom characters that I really really like and want to sit in a pile of fluffy pillows and rainbows with and hug them forever! I have lots but I'll only list my Sonic Babby's here!

Retrieved from "https://sonicfanon.fandom.com/wiki/User:PatchworkMatryoshka?oldid=1160793"
Community content is available under CC-BY-SA unless otherwise noted.