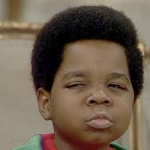 Anyways, I do things that excite me. I also enjoy drawing doodles in my sketchbook because they inspire me to get ideas on maybe making a cartoon or comics.

The first doodle I ever made was a character called Snapper. Snapper was like PAC Man, but had a baseball cap and was shaped more like a can.

My first comic strip was a Mario comic strip. It had Mario and Luigi making funny faces until peach shows up out of no where.

Retrieved from "https://sonicfanon.fandom.com/wiki/User:OneOfMany123?oldid=1775434"
Community content is available under CC-BY-SA unless otherwise noted.