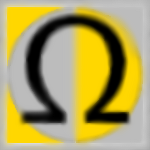 Listening to: A assortment of music.

Where to start, I'm the average australian teenager, listening to music, watching movies, internet, that kinda jazz. I've been on SFW for about 8 months and 1 day, (as of the 28th of April), including my old account, which was mainly made a "parody" account, as you might say, though I have been around wikis since the 24th of June, on and off that is. I'm a recently appointed "Chat Mod(erator)", as of the 18th of March, being the 7th one that still has that position and the fourth one that is not a admin or inactive.

I'm into rock/ heavy metal and video game music, with maybe a bit of classical when in the mood. I'm primary a sonic spriter, who has recently gotten into drawing, since I just got a scanner, and am probably getting a drawing tablet before the end of the semester. I'm a rather serious person, who acts like a raving lunatic when on the chat around my friends, you have been warned. I'm a rather sympathetic person as well, which can be a good and bad thing. I can make friends easily, and don't usually rub off bad with most people on this site, though there are exceptions.

If I had a personal theme, it would be this. . .
Friends

Let's see what you can do! Is a random test sig.

|--Time is like a river, paddle on it while it's still flowing...

This are the sites that I frequent, along with this site.

Retrieved from "https://sonicfanon.fandom.com/wiki/User:OmegaEdge_ZX?oldid=1327668"
Community content is available under CC-BY-SA unless otherwise noted.