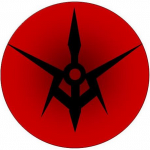 My Current Characters (from weakest to strongest. Ultima and Hypra trios not included)

My Plans For SFW

Ever heard the ancient legends?

You touch my Reeses, you DIE!

Retrieved from "https://sonicfanon.fandom.com/wiki/User:Numbuh712?oldid=988798"
Community content is available under CC-BY-SA unless otherwise noted.