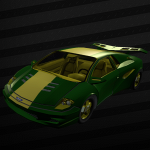 I've been thinking of a fan series heavily based on the Archie comics storyline. It features a new line characters created by me with inspiration from other media.

After December 21, 2012 was considered a fake, believer were outraged and the stores were flooded because some didn't go Christmas shopping because of the date, but what the people don't know is that someday extraterrestrial life will find Earth according to Stephen Hawking's theory about alien life.

In the year 2048 (a fan guess of the year the Xorda find earth), we meet new characters such as Lance Coleman of the USA with his friends Kyle and Kirk, Kaminari Baisotei of Japan with her two parents Kazuhiko (father) and Kasumi (mother), and two well known friends Troy Hickman and Brandon Moody after she moved to Merritt Island, Florida in America at age 5, where her father got a job at the Kennedy Space Center, and Aaron Grant of Canada with his family and a neighbor who is a school gym coach. On July 22, 2048, the Xorda find Earth, on the same day, Dr. Ivan Kintobor captured the Xorda emissary and dissected it. The day after the dissection (July 23, 2048), the Xorda were outraged and bombed the planet with gene bombs causing disasters such as earthquakes, volcanic eruptions and tsunamis. During the attack, Kaminari, her parents and Troy escaped in a car driven by Brandon who believed in the Xorda theory by the Mayans. They go to an airport where they go on an LK-546 (an evacuation aircraft) nicknamed "The Minotaur" along with 21 others. They fly to an secret lab (one of the 6 Strato labs) where they encounter an robot named Betty (model BE-2467) and 26 freezing capsules. The robot tells them to go into the capsules and Kaminari, her parents and friends and the others are frozen for about 12,000 years. The technology for Betty and the freezing capsules were provided by aliens called the Blobus who found Earth earlier than the Xorda (April 13, 2030) and helps the capsules and the robot for about an stunning 15,000 years.

There are much more characters and surprises to come so be on the lookout for updates!

My fan series contains many generes. Here are the generes:

There are a few differences between the comics and the fan series. This is a list of differences:

This also goes the same for Sasha Cat & Bunnie Rabbot. Sometimes in the fan series, Hershey gets more attention than Geoffrey St. John. Also, during the year without Sonic (Sonic was thought to be dead in StH #125), Hershey is revealed to have a singing talent (which she doesn't use TOO much) when Mina Mongoose asked her to sing, so they can both do a duet in Mobian Idol. Besides, anyone can sing... right?

List of Articles Created by Me & For "They Came To Earth"

I'm 18 years old & I love Sonic the Hedgehog. I used to like Sonic X, but now that I have read the comics online, I'm more of an Archie Comics fan now.

Retrieved from "https://sonicfanon.fandom.com/wiki/User:NiTROACTiVE?oldid=1779435"
Community content is available under CC-BY-SA unless otherwise noted.