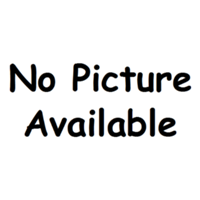 "Just cause I look like a bandit to you, doesn't mean I am one does it?"
—Metal

Metal stands at the height of about six foot five (6"5) and is the weight of about fifty five kilograms. He is fairly muscular, toned and lean and thin, easily towering over those that are smaller than him. Metal has five strands of dark silver hair, covering over the top of his eyes, and has two at each side and his hair spiked up at the back. One of the strands of his hair has a dark blue marking going right through it. He has a pair of white sharp long horns that are straight that sit on his forehead. Metal's eyes are multi-coloured; the top half of each iris is light blue while the bottom halves are red.

Metal has dark blue markings under both of his eyes, that are scar shaped. He has flame like markings on both arms, the same color as his other markings. Metal's wings are a medium size. The membrane of his wings are a a dark blue like his fur, while the insides of the wings are a lighter blue. He has a spike ontop of each.