Manik Needlemouse, known in real life as Ramses, is a user on Sonic Fanon Wikia.

Ramses is a kind and caring person, frequently described as girly by those who know him well, and also by those who have only observed him from afar.

Ramses' greatest ability is his artwork, a trait he shares with many of his friends. He's able to draw in both anime and american animation styles.

Me and my friends' webcomics - http://user.drunkduck.com/Awseomness 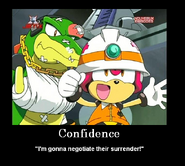 Add a photo to this gallery
Retrieved from "https://sonicfanon.fandom.com/wiki/User:Manik_Needlemouse?oldid=727926"
Community content is available under CC-BY-SA unless otherwise noted.