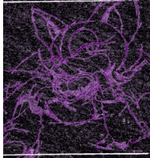 Um, so, I am diverse when it comes to video game. (note: I'm pretty much using the same account I use for the Kingdom Heart wiki, you might see me there.)

Well...my favorite character is Shadow, because I think he's awesome, and yes, I am a fangirl, but not the ones that claim Shadow theirs. Um... well, I don't have many Sonic Games, and to be truthful, I only have Sonic Unleashed and Mario and Sonic at the Olympic Winter Games for the DS. I hope I can be of help anyway, though! Well...I would go through the entire "I have thhis system and that system" thing, but I'm way too lazy.

In real life I am 13 years old. I'm going to 8th grade right now. I currently already know what High School I'm going to, but I won't tell for privacy reasons.

I live in New York. Again, where exactly is none of your business.

But possibly, and most likely not for long :P

Also, I might not be as nice as I used to be.... cause in reality, I'll be truthful, I'm just really not that nice. And I'm a nerd. Whatever... I've also been busy playing Pokemon White :P I don't know all of my party's levels, but...

Male Simisage In the 80s

Female Sigilyph In the 80s

Female Scrafty Either 79 or 80s

What does my name mean?

The "KH" in my name stand for two things. "Kingdom Hearts," and my first and last name initials. (I do have a middle name though.) The "Genesis" is for Genesis from the Final Fantasy series. (Though I don't play it a lot, Genesis is my favorite character.) "651" is merely my favorite number.

Neutrality is my SPeCiaLTY

(ALL OF MY CHARACTERS ARE OWNED BY ME! IF YOU USE THEM WITHOUT PERMISSION I WILL KILL YOU!)

My favorite characters (My Fanon)

My favorite characters that I made in order

(If you consider myself your friend add yourself. If I don;t like you I'll just erase you >:3)

What I hate to see in fan characters.

Anti-Nova. (No name or story yet planned)

Anti-Bone (No name or story planned yet)

Anti-Scream (No name or story planned yet)

Anti-Ribbon (No name or story planned yet)

Memphis the Shining Demonhog sprite I made for Memphis the Light. Credits go to The Mystical Forest Zone for Shadow sprites.

Mazda sprite made for Wh!te$tar. Credits the same as the Memphis sprite.

Mazda Evangeline sprite made for Wh!te$tar. Credits the same as the Memphis and normal Mazda sprites.

Another sprite for SHADOW THE HEDGEHOG.
Add a photo to this gallery
Retrieved from "https://sonicfanon.fandom.com/wiki/User:KHGenesis651?oldid=938832"
Community content is available under CC-BY-SA unless otherwise noted.