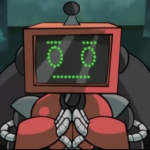 Greetings everyone, I am Joshua the Hedgehog, the creator of The Jkirk Federations, along with other content, and the Founder of this Wiki.

If you ever feel like contacting me, then either leave a message on the Message Board, or get me on Skype/Steam, which ever you prefer.

Estimated Relations with Anyone on Wikia (Users, not Characters)

Saren the Dark Lynx: We both have some interesting characters, soooo Yeah. o3o

SusantheHedgehog16: A Really Great Wiki Friend of Mine. -3-

SonicKnucklesFan92: Another great Wiki friend of Mine, very good one, too. Support her Gunma Series, Damnit! XD

Josh the Hedgehog: Good lord, that's some stylish character's you got there. o3o

The Black Dragon of Orihara (otherwise known as SolariusFlare): Ehhh our relationship is pretty much variable.

Alexneushoorn: He has roleplay potential, but he just needs to work on it. He thinks we don't get along much (I disagree. o3o, and we commonly roleplay together.

JaredtheFox92: I think he's a little experienced wih Military Tactics, and has some good Characters/Factions. However, this guy has more ego than freakin' Sonic. o3o

Nickolasds: Words cannot even DESCRIBE on how much of an... you know what? I have no words.

Retrieved from "https://sonicfanon.fandom.com/wiki/User:Joshua_the_Hedgehog?oldid=1704873"
Community content is available under CC-BY-SA unless otherwise noted.