This user is no longer active on Sonic Fanon Wikia.

Since SFW has not been as active as it was before, mainly because the majority of users have left this Wiki due to lack of interest in RPing in any way, or not being as active as they used to be, this will be my farewell for the semi-dead SFW. Don't think of it as a means of getting attention for the unwanted drama. Either way, I have lost interest in the Sonic franchise, the same reason as of why users are not as active as they were back then (and even those who are active ends up creating pages with sub-par qualities). See you on the flip side. "Don't worry,-- 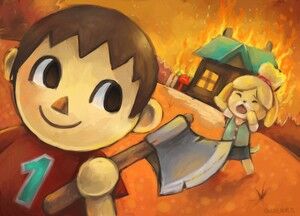