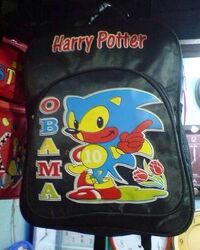 I used to be known as VenomTheEchidna. So technically I've been on this site for over eight years. Haha... sad.

I'll fill this out later but in actuality I won't :)

I'm not going to write my autobiography here, but I'll let a few pointless things slip.

(Keep in mind that these are in no particular order... except for sleeping.)

(These might be touchy subjects. Again, this isn't in order.)

What's in a Name?

So, Wikia has this "thing" (I'm so very intelligent) where you can only change your name once. I had done this previously on my prior account, Scroundernuts; the username was ultimately changed to "VenomTheEchidna". I grew to dislike this name, as I didn't want myself to be solely associated with a Sonic fan character (besides, I gave the character away over a year later). This led to me creating a new account with the name OkamiKek ("Okami" meaning "wolf" in Japanese since I like wolves, and "kek" being... an Egyptian god!) Again, I was dissatisfied with the name, because I found OkamiKek to be stupid and nonscensical. In April of 2018, I had it changed to "GothicBandicoot"... which I soon regretted.

And the moral of this story, kids, is to stick to one name even if it is dumb, because otherwise you're going to confuse people by changing your name three times. As to what you should call me as a nickname, Okami or Mel (a shortening of my real name) are my preferred choices.

Do you consider me a friend, for whatever reason? If so, list your name here! I'll also be listing friends even if they aren't even on here. Also, I'll leave my comments on them.

This section goes out to: users I consider acquaintances (for now) and generally users that I don't consider friends or enemies.

This section goes out to my supporters!

Why do I ship characters? Honestly, I don't know. I guess it's because I'm a weirdo who likes fantasizing about fictional characters that I like. Anyway, here are my top five ships... I guess?

This universe follows the concepts of the games.

This universe follows the concepts and lore of the 1993 cartoon Sonic the Hedgehog and the early days of the comic that was inspired by the cartoon.

I haven't figured out where these guys fit in.