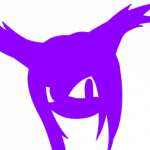 About me: I'll be deleting my pages later.

My main profile is on the SNN (Sonic News Network), so I probably won't write much about myself here, because I've already written my profile on another WIki. I am a member of the Vandal Police group on this Wiki, so when I'm on I will be watching out for any vandals that I might see and/or hear about, so try not to do any vandalization around here, because I would hate to have to report a friend and fellow User. I am also an Administrator on this Wiki, so don't be afraid to come to me for help if you need any! :D I get involved in the RPs around here every now and then, and I like to make new friends. I am a pretty big fan of the Sonic the Hedgehog series, and my favorite canon character from Sonic the Hedgehog is none other than Blaze the Cat ^_^. If you wanna know more about me, you can talk to me and ask me some questions about myself. Anyways, if you don't know me and would like to be friends, I will be more then happy to do so, just come ask me if you can be my friend! ^_^

My Friends on all Wikis

My Enemies on all Wikis

Heh. I never thought that I'd actually make any enimies.... Anyway, here's a list of them.

Music Pages I made

OMG, my brain has been eaten by Sonic, and now my eyes are loose from my skull because they have no brain to be attached to! AAAAHHHHH!!!! XD

After not being able to use his nose his entire life due to a lingering but invisible cold, Robotnik finally smells the first thing he has ever smelt in his entire life and falls in love with the secnt. It was the scent of pie XD

Robotnik gets angry when he discovers that someone has stolen his pie....O_O

.....But then remembers that he has Doritos in his kitchen, and calms down XD

You never know when I'm around watching your every move......... XD
Add a photo to this gallery

Retrieved from "https://sonicfanon.fandom.com/wiki/User:Genesjs?oldid=1558850"
Community content is available under CC-BY-SA unless otherwise noted.