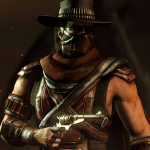 My life, I've always followed the golden rule, treat others the way you should be treated, so if you think I'm a bitch......... catching on yet?

My bullets cut through metal, and bullshit.

Hi there. I'm Darkest Shadow.I used to Pianoteen, for you old folks that didn't know I changed my username back in like 2014. I am an admin here, and have been on the SFW for over 6 years. I also (usually) host the SFW Awards, which is an award show given out to the best pages of the site yadayadayada. I guess I'm a nice guy to be around?? (as long as your a good person then we're cool) I try to make friends with everyone. I'm almost always online. I could get a little crazy, but that's just me.

A little about my life outside the wiki, I'm in high school, and an aspiring singer-songwriter. Yes, I know that sounds pretty corny, but I'm really working hard on my work and planning on releasing a studio album in a few years. I'd like to think I'm good? Aside from that, I'm the biggest music nerd you'll ever meet. I play a total of 24 instruments, my favorite being the piano, clarinet, xylophone, violin, tenor saxophone, and recorder(??). I'll literally listen to and tolerate any genre of music (except country, sorry!).

I also wield the majestic Hammer of Life, which is a weapon I, and only I can wield. I try to be as friendly as possible, but I could sometimes get a little annoying. If I'm not on, I'm either at a baseball game, working, at school, or sleeping. Though I'll admit, I haven't used it in quite a looong, long time ^^;

If you message me at any time and I don't reply, it's either because I'm out of the house, busy with art, or it means that I don't like you I'm asleep.

If you don't like what you see, I heard that there's this magical little arrow thingy at the top-left corner of your browser. It gives you magical powers to get the hell out go back in time and forget you ever saw this.

Usernames on other stuff

Gotta really know me for this stuff!

People in bold are close friends.

People in italics are people that are inactive/left the wiki.

Acquaintances...?/Neutral/People I Want To Get to Know

I think that's all, folks. I'm too lazy kthxbai

Netflix shows I have watched/am watching

Bold is what I'm currently watching

Favorite Pokemon Characters of All Time

Favorite Pokemon of all Time

Favorite PLL Characters of All Time

Favorite OUaT Characters of All Time

Favorite AHS Characters of All Time

Favorite 13 Reasons Why Characters of All Time

Favorite FRIENDS Characters of All Time

Oh yeah, for y'all that don't know, I have a super secret personal wiki for several other things. If you click on the link, keep in mind that there is some mature language and thoughts on there. Let me know if you want some sort of involvement in this universe!

For one, I made several human characters for an original series. Here's a few characters:

Retrieved from "https://sonicfanon.fandom.com/wiki/User:Darkest_Shadow?oldid=1854574"
Community content is available under CC-BY-SA unless otherwise noted.