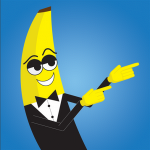 Hai! I'm Leopard, if you haven't noticed already. So you wish to know more about me, huh? Very well. I'm some random ginger kid from the UK for a start, so I think that's important to note that I follow GMT and BST (GMT+1) I also like coffee. You take my coffee, you die simple as that (jk, I'm too nice to kill you. Or am I...?).

I also play video games. A lot of video games. Maybe a little too much? Anyways, I play games like Halo, Gears of War, Mass Effect and Sonic. Notice something weird about that list? I don't. I'm also not religious and religion is a touchy subject so I'll move on. I don't particularly like watching movies or TV shows, but I do enjoy music. But not the music you enjoy. The music you enjoy sucks.

In terms of the wiki itself, I like to help out as much as I can and all the people on here are cool in my books. Unless they break the rules. Then they're slightly less cool. I'm also a chat moderator, which basically means that if you have any problems in chat, either with people or just have general questions, I'll always be happy to assist. Well, if I'm here that is. I've kind of built up a track record of going on random breaks. But yeah, that's me. There's stuff I'm proud of (and some stuff I'm not) listed below, so have a look if you want. :D

When You'll Find Me

These are just guidelines. Sometimes I may or not be available due to certain reasons. If you need me at all, send me a message and I'll reply as soon as I can.

Please take note that this list is unfinished so if I missed you off the list, that's why. Just give me a shout and I'll add you on.

Any names in italics means that they are currently inactive on the wiki.

Some Game Series/Franchises I'm Into

(In order of interest)

Retrieved from "https://sonicfanon.fandom.com/wiki/User:BlazingLeopard?oldid=1767514"
Community content is available under CC-BY-SA unless otherwise noted.