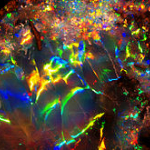 Thoughts: Good Shizuha, look at all the new users. They're EVERYWHERE. Well, okay, they're not new, I just don't know who they are... But still...

Things I like and things that are important to me.

Mythological creatures of ALL kinds. I do have some favorites.

Anyone I call a freind.

My creations, dreams, and good sleep.

Things I don't like and things that aren't important to me.

People I have clearly identified as poisonous or harmful in some way, shape, or form.

MLP, almost every internet meme in existence, and the majority of cartoon network.

My opinions on people and inferred relationships thereof

If you think I have wronged you, please feel free to have a conversation with me about it. If you yell at me with caps lock and swearing, please be aware my opinion will drop further.

Ryushu - I can't think of a single time I doubted her as a freind. She has always been mature and fun to be around. A good role model.

KP/Silver - Serious, shy, somewhat stubborn. Good to learn from, but not to argue with.

Kagimizu - Usually questionable, but not in a bad way. Good person to ask for advice, and a great freind.

Flare - More or less as Ryushu. Which makes sense.

Santer - Quirky and somewhat reserved guy who apparently is now known as Shadow Flare. I'd forgotten that.

JMB/Johnny-D - Still kind of a whiny guy, despite his apparent age.

I will not write down opinions on anyone else who does not figure strong and positive until I have seen what the present person is like.

I felt like helping. Not here for anything else. Unless you're interested in being part of a game development team, but even then I am likely to be paranoid and picky if you are interested.

Oh yes, and I'm not using my old account. Why, you ask? Well, one, I'm somewhat different, but in some ways the same. Hence my keeping Artemis in the name. But mostly it's because I kinda sorta deleted my passwords file. Maybe. Um.

So yeah, I'll slowly be moving my account over here, which means this will eventually become a respectable userpage. Still, it's only a representation of me a helper or advice-giver. I am not interested in roleplaying, seeing as how my creations can no longer be considered "fanon", and if I remember correctly I was pushing the envelope way back when, too.

So yeah. Talk to me if ya like, but keep in mind that, due to life, I appear and disappear sporadically. Or maybe due to wasting time. Either way.

Nevertheless, I will be permanently returning in a few months' time. Yes, permanently. No, not half-returning sporadic thingamawhatsit like before.

Retrieved from "https://sonicfanon.fandom.com/wiki/User:AzureAeonArtemis?oldid=1357423"
Community content is available under CC-BY-SA unless otherwise noted.