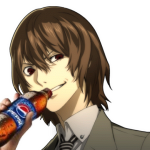 The red warrior, having traveled across distant lands, returns to his kingdom to breathe in tht nolstagic air, while looking down at his old home newly restored and busling with new faces, a smile appears on his face as he opens his mouth to say.

Sonic 220X (Sonic Twenty-Two X) is a sequel series to the Early 2000s anime Sonic X, that takes place 200 years into the future; in a world where Sonic had been lost in the artic north during a battle with Dr.Eggman. Sonic Wakes up to see that his friends changed the world for the best, and allowed it to thrive. This will also debut Silver the Hedgehog as a new hero in this future world who helps Sonic and teaches him the many changes on New Mobius.

Retrieved from "https://sonicfanon.fandom.com/wiki/User:ApolloFlare?oldid=1736911"
Community content is available under CC-BY-SA unless otherwise noted.