Notice: This Account is No Longer Active. To see the reason why, take a look for yourself.

We're offered weakness. Accept, and then decline with change.

TellZeal (TZ for short), who often refers to their self as Creator, is a person who devotes much of their time to the Sonic the Hedgehog Franchise because of its nostalgic ties as well as a creative influence to become a part of a fantasized world. However, in these worlds that others may compare to, the flaws can show out, and Creator's instincts for criticism seldom lacks. Although Creator realizes that stoning is necessary for the world to go round in the rightful order, they also acknowledge that an excessive amount of it can destroy its intentional plan - the will to strive for perfection.

So, here they are on the Sonic Fanon Wikia. It is not that they are not willing to explore the world and become other parts of their own favorite kinds of meets, but they have the intention to find some control and ground in the very falling place. After all, it had been years for Creator to watch this very place before they became an official member of it. So, by the time it was time to make a join, Creator was ready to do so.

If Creator is not here, the reason is one of three things: 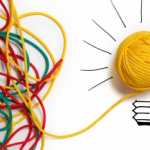 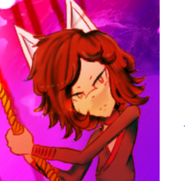 The gathering at a good shop. This was made in some sort of scene-making software online.