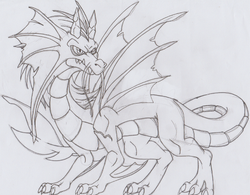 Tiamat, Queen of the Ancient Oceans, is an Ancient Elemental Beast aligned with the Elements of Water and Ice. She is one of the main deities of the Merbians, as well as a deity of the Water Clan of Neso.