The author of The New Hero considers this page to be unfinished. As such, some sections may change.

"A journey of a thousand league begins with a single step."
—Lao Tzu

The New Hero (Previously known as True Hero: Forgotten Memories) is a fan-comic written and drawn by Mac the Writer. It was first created in 2010 as Tails: Forgotten Memories (And later, True Hero: Forgotten Memories), but due to extremely negative critical reception, the initial fan-fiction was scraped and constantly reworked over time, with the planned final product, so far, being a fan-comic series. Contrary to Mac's other project, Blue Blur, The New Hero is significantly more lighthearted (though, nowhere near as much as say, Sonic Boom), is more closer to the classic games than the entire franchise in general, and is an alternate continuation to Sonic Generations rather than a completely different alternate universe.

A prototype comic, called Hedgehog, is currently under the works. It's design as a means to gather feedbacks from the Sonic fanbase and see if it's positive enough to keep working on The New Hero.

Please note that this section is unfinished.

After Mac completed his story, he decided to make it into a Fan-Movie. But he didn't had the skill to do it. So he decided to request Sonic Paradox --a Sonic fan-group that is well known for the series called Sonic Shorts-- to make the fan-movie for him. However, due to the problems that the story contain, Sonic Paradox immediately disagree to the request, and that's when a Drama started. Mac decided to "fight back" against Sonic Paradox and hated his own creation. He was quite stupid back then, actually.

As Phase I and Phase II of The New Hero

After a normal life with his friends, Mac had the thought to work on remaking True Hero. So he came up with a remake called True Hero Redone, but was cancelled due to the fact that he was afraid that the same drama will happen again. Eventually, he picked up the idea again, and he made a reboot called Sonic X: Total Crisis. He later renamed the story to Sonic X: The New Hero and then simply The New Hero.

During his run of being in the Sonic fanbase, a certain user who have mental trouble of letting go of his past (who we will not mention due to the site's policy) started to act like a crybaby to Mac and did call-out journals on him and spouting insults at him. Thus, he left the fanbase, believing that all people in the fanbase are like that one guy, and cancelled The New Hero as a result.

A month after he returned to the fanbase, he decided to bring back The New Hero and also revise it. Thus he started a project called The New Hero: ReTails Edition. Even after leaving the fanbase again, he kept on working on the fanfiction alongside his other one Blue Blur, with Blue Blur being nominated for an SFW Award as the main reason to continue both projects.

After a year of hiatus, the series was picked up and rewritten yet again as a fan-comic. The change was made due to the success of Mac's first fan-comic series, Brotherhood. To this day, The New Hero is Mac's most revised project, with it getting many changes to its story, tone, characters, music, and so forth. Even his original work, with maybe the exception of Dinosaur Planet, hasn't gone that far in terms of editing and changes.

The soundtrack of The New Hero drastically changed over its development course, which includes blatantly obvious soundtrack from The Lion King; scores by Steve Jablonsky (later transported to Blue Blue) combined with variety of songs from John Rzeznik, Owl City, Dreams Come True, Zebrahead and Crush 40; and afterwards, a collection of music from British singer Elton John and the soundtrack of both Star Trek films by American composer Michael Giacchino. Elton John's songs were chosen to reflect the lighthearted aspect of Sonic's classic days. Elton John was also chosen as a thought process that said "If Tails isn't listening to Believe in Myself, what else would he listen to?", with the song Rocket Man (I Think It's Going to Be a Long, Long Time) coming to mind.

The songs have been toned down, however, and so far, there's only one song that's attached to The New Hero: Holding Out For a Hero by Bonnie Tyler. According to Mac, the lyric was fitting for the story and how Tails is picking up the mantle passed down by Sonic. It's currently unknown if Mac had plans adding other music to the collection or not.

True Hero: Forgotten Memories received overwhelmingly negative review by critics, fans and even Macintosh himself. It was heavily criticized for constant grammar mistake, script-like structure, poor character development, peverted contents, and for being a blaten rip-off of Disney's The Lion King. Mac the Writer admitted that he despised the fan-fiction, and stated that "[he doesn't] even want that fanfiction to ever exist."

Unlike True Hero, Phase II of The New Hero received mixed to positive review. It was praised for the story build-up and character developments, but criticized for its fast pace, grammar mistakes, and shifting between past-tense and present-tense.

A Promotional Art for The New Hero, done by AllenGutairHero 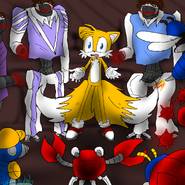 The 2nd promotional image of The New Hero, done by HezuNeutral

Poster for the ReTails Edition 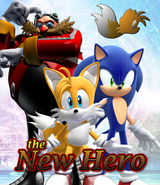 Cover for the ReTails Edition

Title for the ReTails Edition 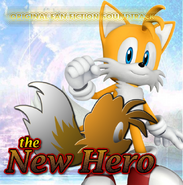 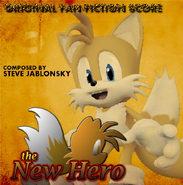 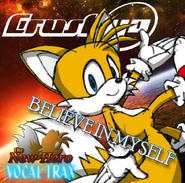 Crush 40 Album for the ReTails Edition 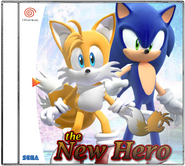 The Dreamcast game cover of the ReTails Edition 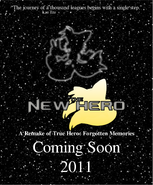 The cover for Battle For The Island

The cover for Adventure in Nimbus

The second title of True Hero 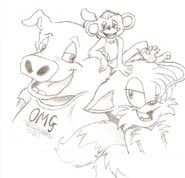 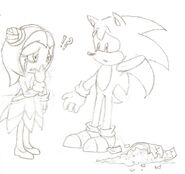 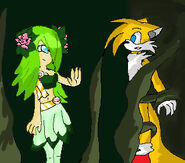 A certain scene in True Hero 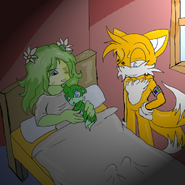 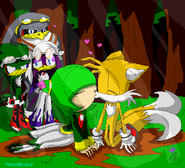 Uranus the Fox from True Hero: Enemy
Add a photo to this gallery

Retrieved from "https://sonicfanon.fandom.com/wiki/The_New_Hero?oldid=1799495"
Community content is available under CC-BY-SA unless otherwise noted.