The Amazing Adventures of Edgar Eagle

The Amazing Adventures of Edgar Eagle is a fictional TV program seen in BearfootTruck’s fanfic "Mighty Sonic". The show is based off the popular comic book series Edgar Eagle. Both the comic and its animated adaptation are popular around the world.

Kenneth Edgerton was a mild-mannered accountant working for Amalgamated Amalgamations Inc. One day, while taking a hiking trip in the mountains, he found a golden eagle feather. However, this was no ordinary feather. Upon picking it up, he summoned Yu-Na, an eagle god from another planet. Yu-Na asked Edgerton if he will become the guardian of the planet, and if he says no, then the feather will disappear and he won't remember any of this. Edgerton accepted the offer, so he got the power to turn into the superhero Edgar Eagle. Using his secret identity, he fights villains and saves the world, just like Superman.

The title sequence opens with the following narration:

"Quicker than a cheetah,


More loyal than a beagle,
Stronger than a grizzly bear,

The series is generally faithful to the comics. However, the backstory in the comics is different: Edgerton was a more abrasive character prior to becoming Edgar Eagle. He was exploring a cave when part of it collapsed, trapping him inside. Here, he met Yu-Na, who offered to free him from the cave if he would be nicer and more respectful to people. Of course, Edgerton accepted, and he became Edgar Eagle.

Certain villains from the comic are either missing or reduced to minor appearances, such as The Instigator, Armagedyn & Glüüm. The series also introduces an element not present in the comics: The Edgarmobile, a vehicle that can transform into a car, a submarine or a helicopter and is equipped with various gadgets. Edgar Eagle calls upon the Edgarmobile should he need extra speed. 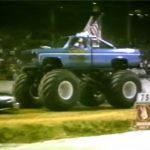 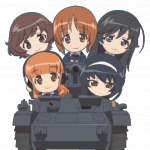