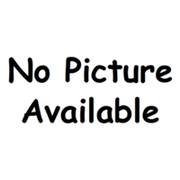 Codename: Tactician, often called Swiftrunner for his assassin-styled mercenary tactics, is an infamous person whom currently leads a formed militia that opposes any form of military support that governs someone's defense known as The Insurgent. He just so happens to be an Ex-G.U.N engineer himself, having worked with the association's Weapons Development department and Mechanical Engineering department for several years, after deciding that, beyond the public's knowledge, governing operations have dark and corrupt secrets about them that should be stopped in order to maintain happiness and peace for all individuals. He is a very complex person, often displaying ideals of pacifism although creating a violent group to combat another, possibly inciting war; however many of his morals can be considered justifiable and reasonable.

Swiftrunner and his militia tends to be a nomadic group, moving from one location to the next, often leaving behind small groups just in case something happens to the majority. This tactic often throws off enemy troops, as they can be considered invading a country and incite war between themselves and that country's army. Due to Swiftrunner's intelligence, he also hides the identities of himself and many high-ranking officers in order to conceal himself just in case an ally is captured and may be forced to give up information about the militia. Their identities are sometimes even wiped and replaced, given false background information to prevent tracking of their location, as well as family and friends. Most of the times, the militia operates in underground vaults within abandoned military bases and concealed places within the country to keep themselves from being detected by enemies. Also due to his current status, he will continue to be nomadic and moving from one location to the next.

After being an Ex-G.U.N engineer and realizing his potential to change the world greatly by eliminating governmental corruption, Swiftrunner decided to band together a group of individuals into a militia that could suppress these governing bodies and eliminate their establishments. For this, he is considered a highly dangerous criminal on charges of Conspiracy (against governing bodies), Theft (of G.U.N technology and schematics), Forgery (creating fake identities), Hate Crimes (taking over small towns and placing his militia there), Kidnapping (holding G.U.N and other army soldiers hostage), Money Laundering (trafficking money to his militia), Extortion (threatening business into trafficking money to his militia), First Degree: Murder (having militia intentionally kill others), Second Degree: Murder (killing others unintentionally), Arson and Vandalism (destroying many military bases), and White Collar Crimes. His decision has changed his life drastically, as he can not have a social life to anyone who isn't a criminal; however he seems to not mind in the end of it all.

Swiftrunner has very inciteful and complex morals, that often contradict. He heavily displays ideals of pacifism, saying that war is unnecessary to the benefits of the world, however he himself would wage war against a threat that could cause massive destruction. He believes that people do not need governing bodies to defend themselves, as many individuals have, themselves and friends, supernatural abilities that greatly enhanced their physical capabilities anyways and if they do not, they can use other tactics such as the one's Swiftrunner and his militia uses. He believes too much power is often given to others in order to maintain peace and lead things, leading them to take granted of it and use other individuals, who can often do the tasks that these power-driven people do, as puppets and entertainment. All in all, Swiftrunner wants to remove people with lots of power in their possession to give more freedom to the public and society.

Swiftrunner is an abnormally-taller mobian, averaging around 4'2" in height and 90 lbs in weight. His body is not physically built, but enough to be called healthy, fit and lean to others. Nothing is none about how he looks, or even what species of mobian he is as he always covers his entire body up to conceal his identity. His attire constantly changes, although he usually keeps a few accessories and articles of clothing on him at all times and usually stays with one color scheme of white, black and a light neon blue. His face is covered by a large gas mask, that not only alters his voice a bit so he can not be recognized by voice, but has large red-visor like goggles built into the mask that is technologically engineered by himself and used as a tactical advantage. He wears a a small helmet and cloak over his head in order to conceal any signs of hair flowing out that anyone can recognize or pick up on and analyze it. Upon his left arm, he has a mechanically engineered arm that allows him to use as a weapon as well as store the chemical energy made from his weapons to use in combat. Within the arm's hand lies a touch-screen panel that he uses to create holograms of many little things to add him in combat. His arm is usually concealed by a long sleeve jacket or shirt. His clothing consists of a white shirt, combat vest over it, 2 bandoliers across his combat vest in the shape of an X (one holding 5 throwing knifes and the other holding 5 pouches that consist of 3 grenades each), a tattered trenchcoat over it that has metallic shoulder-guards strapped to it, one wrist strap holding a throwing knife over his right trechcoat sleeve, a large 8 pouch bandolier that goes around his waist like a belt with his whip hanging from the back of it, cargo jeans with a sheath from his waist bandolier to his left leg and a strap that holds 3 small poles around his left leg, two holsters on each side of his hip that holds two guns and combat boots that has little secrets.

Much, if not all, of Swiftrunner's past is shrouded within an enigmatic atmosphere of confusion, as no one knows exactly his background other than he had been a former Engineer for G.U.N a few years back. Many of his allies have tried to gain information about him, however they could not make any connections to whom he was, as his former files within G.U.N were missing alongside all former Engineers who quit the same year as he did. Swiftrunner often talks about his past to his commanders and arms-in-chief, however the information is so vague that they can not pinpoint whom he could exactly be. He would often say things such as graduating top of his class at Division 1 schools and studying multiple topics that helped expand his intellectual prowess. He speaks very little of any family or friends and when asked, he says that only the present matters or that his militia is his family and friends now.

As stated before, Swiftrunner has no special abilities whatsoever, although he does have peak physical human capabilities and an arsenal of weapons that he has developed himself at his disposal.

As stated before, Swiftrunner happens to utilize an arsenal of equipment that he has developed, over time, and can use against many different opponents in combat, whenever he needs to. He currently has:

Most of Swiftrunner's base designs, all the way down to his weapons, comes from the Caped Crusader himself. I always loved Batman, being one of my favorite superheroes, and decided to have a character that would be very different from him but take a lot of inspiration out of the famous Dark Knight.

This is where my character's initial idea came from, as, I play as a Tactical Trooper (TT) and love the class job.

Retrieved from "https://sonicfanon.fandom.com/wiki/Swiftrunner?oldid=1497872"
Community content is available under CC-BY-SA unless otherwise noted.