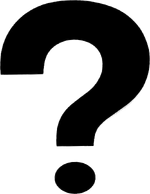 Suprano was born in a wet wizard hat that he would always wear as a kid. He didn't have parents and he only knew magic no science. He became friends with The Elder of Frog Village because they both had a common goal of being elder of the village. After highschool he pursued his dream of being a professional wizard but was constantly booed off stage. He then became a black-magic magician but had to be taken off stage for accidently killing someone. He then ran for Elder but he lossed to the Elder of Frog Village then he started hating him. To express his feelings he constantly downgraded the elder but he started ignoring Suprano so he left the frog village. During that time Suprano went to wizard school and became a full-fledged wizard. After he founded The Dark Pond Kingdom and crowned himself king he cloned Gale so he could have a grandson like the the elder's. He then went to New Hope Orphanage and adopted Hew so he could have an adopted grandson like the Elder.

Suprano is very envious and determined. So envious and ruthless he's willing to kill anyone, lie to anyone and kidnap anyone to try and surpass the Elder. He's a good lier and munipulator able to trick just about anyone.

Gale the Hedgehog-He hates Gale with all his might due to him refusing to be his grandson. Though he may admire him as well since he cloned him just so he could have Gale as a grandchild.

Elag- Gale's clone and Suprano's oldest granchild. He is physically the strongest out of all the granchildren so he gets sent on the most raids and take overs.

Cloaked Girl- She is Suprano's mysterious grandaughter who always wears a cloak for an unknown reason. Prior to Hew she was the spoiled one compared to Elag.

Hew-This is Suprano's youngest grandson who he adopted from New Hope Orphanage. Since he's the youngest out of his three grandchildren he doesn't go on any dangerous missions but he does study in the library so he could one day be king. His grandchildren are possibly the only people he cares about.

Suprano is a wizard which allows him the ability to commond a multitude of magical spells and charms. Through countless years of training he's able to use spells from all the elements. The only exception is time (though he isn't phased by times reboots if he's wearing a charm) and light techniques to a degree. He has a ball that allows him to spy on anyone he pleases. When he transforms into his max wizard form his power is amplified by two. When he turns into his Tauros form he turns into a giant fire breathing taurus. He also is the king of Dark Pond Kingdom which gives him an enitre army and legion of spies at his disposal.

His prime weakness is his very drive, his jelousy of the elder. Though in most cases he thinks ahead if he's under a lot of stress he will make irrational descisions in an attempt to quickly reach his goals and surpass the elder. He is also prone to senior citizens cliches such as his back given out, and his sleeping pills kicking in too late.

He appeared as the antagonist in The Galephani Saga. It's implied by Stephani that before he started talking to Gale he talked to Stephani as well tryingto convince her to leave Gale and come to the dark pond kingdom. He first appears (or rather is heard) in the sixth chapter to talk to Gale through telepathy. He convince Gale that he needs his guidance and to listen to him. Under his request Gale met up with Suprano in the sewer where he recognized Suprano's black and red eyes and grows hostile. Suprano simply states he longs for a grandson. After Gale rudely declines he and his grandaughter threaten to ruin his relationship with Stephani. After Gale says he'll miss her but he'll get by he is dismissed. Suprano then somehow convinces Stephani to move in the Dark Pond Kingdom and leave her family. He then appears telepathically one last time to mock Gale about his loss. Later after Sammy mourns about the lost of his sister he decides to infiltrate the Dark Pond Kingdom. After he finally makes it to the throne room he discovers that Stephani will not leave no matter what and Gale decides the only way to save Stephani is by altering the past so he never meets Stephani.

Dark Pond Kingdom and Gale himself, however are not affected by time reboot and Suprano decides to pay Gale a little visit. He takes Fa-La-Stu and threatens to kill her if Gale makes any sudden moves. He does so Suprano lethally bangs Fa-La-Stu's head on the cement. After she is taken to safety by Gale's team Suprano and Gale have a long and grueling battle where Gale turns into a giant Minotaur and Suprano turns into max wizard. Eventually Suprano stabs Gale with his pointy hat and with his blood he creates his new grandson, a clone of Gale named Elag. After he has Elag kidnap several women he puts them in pods in an attempt to fuse them to make the perfect wife. Gale agrees if he releases them he will become Suprano's grandson (in addition to Elag). After the castle is evacuated by all the women Gale shoves Suprano in a pod and locks him in the basement. Where Suprano grows enraged.

Suprano first appears in an alley in a black trench coat asking if Percius needs a bodyguard. He convinces Percius to agree to him being a bodyguard and he gives him advice about his crush. The next day he pops out of a trash can and offers him a place to stay in his kingdom but he lies and calls it "Winter Leaf Kingdom" to sound less menacing and evil. They then bump into Gale who imediately recognizes the voice as Suprano's and prepares to attack him but the cloaked figure reveals himself to be a teal hedgehog (really Suprano but shape-shifted) then Gale leaves, embarassed. After Percius gets into a fight he is found by Suprano and taken to his kingdom (which is disguised as a pleasent winter kingdom) but he informs him and his girlfriend that they both have horrible injuries and need to go into the healing chamber. After Percius agrees he falls asleep. When he wakes up he sees Suprano in another chamber with tubes connecting the two and appears to be sucking Percius' power.

Percius then turns into his beast form, shattering the glass but eventually Suprano abosrbs so much power that he's forced to revert and Suprano gains the new Taurus form. Percius is able to transform again with the little energy he has left then the two giants have an all out brawl. Eventually Suprano absorbs Percius' new form and grows larger and he is just about to kill Percius when his sleeping pills kick in and he reverts.

Suprano later hires Stephani Bell to bring him Percius. Even later he becomes the king of rome before Timeswarp fixes the future.

Retrieved from "https://sonicfanon.fandom.com/wiki/Suprano?oldid=1661158"
Community content is available under CC-BY-SA unless otherwise noted.