Sunny, living up to her nickname, has a very vivid and lively personality. Most of the time, there is a shy yet true smile on her face, and her tone of voice usually notifies people of her good mood. However, her temper can take a very swift turn for the worse if her buttons are pushed (see "Dislikes" section). She is also quite fearful and uncertain of specific things, and she tends to overreact to small problems.

She knows modern ettiquete and uses it around adults, as she is unwilling to be seen in an 'impolite light'. Around others who are around her own age or younger, though, she is playful and bright, but a bit rude as well.

Sunny's main ability is Solarakinesis, which is the power to control the Light/Sun or the Holy Element. This ability is very useful to Sunny, but not always fighting-useful. She will usually use this ability to cheer others up, rather than fight with it. Besides Solarakinesis, Sunny has a few other natural/physical abilities. Though not very fast and powerful, she is very skillful and stealthy. Her stealth is extremely useful to her, as she can use it to maneuver through obstacles. It has also been shown that Sunny has a great singing voice, though she keeps it hidden, and only sings to herself on occasion.

Sunny is afraid of the water, and is unable to swim. Heat and humidity are 'killer' to her. This is probably because she has a sort of thicker coat of fur than most hedgehogs. She prefers the cold, but also cant get too much of it. She also has a fear of basements and attics, due to being 'playfully' shoved in them in her past by human children who were unaware of her fears. Also because of this, she is scared of the dark, and she is claustrophobic. She isn't very brave If someone manages to upset her enough, she will very well retreat to a quiet place and cry.

You may add your own characters here!

Add your characters if they are considered her enemies~

Relations to Other Characters

Sunny and Adelyte are extremely good friends- perhaps they even consider eachother to be 'best friends'. They're always trying to start something, whether it be good or bad, smart or downright dumb.

Sunny's shy demeanor fades whenever she's with Adelyte, and instead she's very giggly and zany a.k.a*coughannoyingcough*. 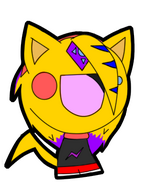 a hilarious pic from Skye! XD 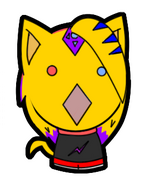 another funny chibi pic from Skye! 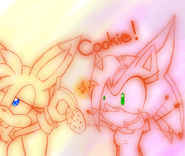 LOL a pic i won in an Art Contest XD also drawn by Skye!

random picture i drew. its so horrible...

an awesome pic from Cynder! i guess it can be part of an art trade (cuz i'm drawing sumthing for him!)

Sunny's older design, now what she looked like when she was younger

Sunny from a different angle 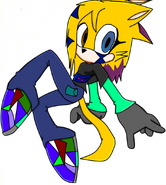 A different pose. Used a base, though. Kin's base, to be exact. Dont worry, i got permission XD 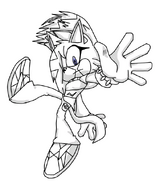 Sunny as a chao! Credits to Gwen!

credits to Hunter! (I never got to say thanks, so I'll say it now XD thanks!!!)

Sunny on the Charrie Maker

A human Sunny on Lunaii's dollmaker

An anthro-styled version of Sunny 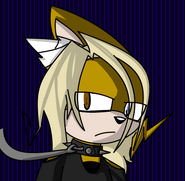 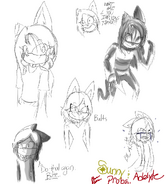