Sonic X-Treme (Japanese: ソニックエクストリーム, Hepburn: Sonikkuekusutorīmu, lit. Sonic Extreme) is a Japanese anime television series based on Sega's Sonic the Hedgehog video game series and a Reboot of Sonic X. It was animated and Produced by Doga Kobo under a partnership with Sega and Sonic Team. The series is licensed in North America by Viz Media. An English dub is produced by Studiopolis, Inc.

The series follows a group of anthropomorphic animals who accidentally teleport from their home planet to Earth after attempting to save one of their friends from their enemy Doctor Eggman. and landed in New York City, Separated, Sonic the Hedgehog is saved by a human boy named James O. Barrett, who helps him find his friends while repeatedly scuffling with Doctor Eggman and his robots with a New Villain named Mel E. Edwards over control of the powerful Chaos Emeralds and becoming Heroes. 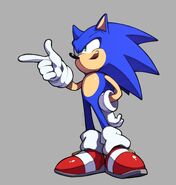 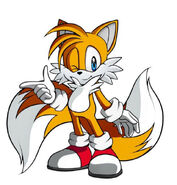 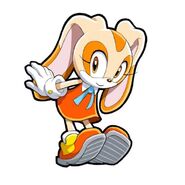 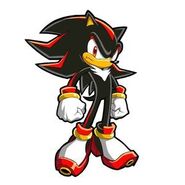 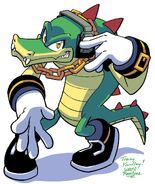 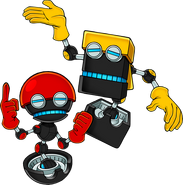 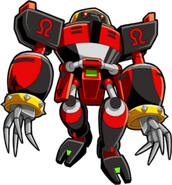 E-123 Omega
Add a photo to this gallery

Retrieved from "https://sonicfanon.fandom.com/wiki/Sonic_X-Treme_(Anime)?oldid=1893272"
Community content is available under CC-BY-SA unless otherwise noted.