Hey, it's not over yet. We still have a chance to restore all of the dimensions before Egghead takes them over. If we sit around here, he'll win. Now let's go scramble some Eggman!

Sonic Dimensions(ソニック寸法) is a platform game for Xbox 360, Wii U, PlayStation3, Nintendo 3DS, and PC.

Copyright © This is a non-profit fangame idea. Sonic the Hedgehog belongs to Sega. All artwork used in this game belongs to their owners.

When Sonic Amy, and Tails go to save Cream from Dr.Eggman's HQ, Eggman uses the seven chaos emeralds to transport all three of them into space surrounded by planets. Then, all of the chaos emeralds disappear. Suddenly, a door appears that leads into another dimension, which happens to be the Sol Dimension, where they meet Blaze and Silver. The two agree to help Sonic, Amy and Cream return to Mobius by finding the chaos emeralds, one in each door. They are also assisted by Nimbus the Fairy.

All cutscenes will be in 3D like Sonic Generations. In this game, his quills are slightly longer and his eye color is a little lighter.

The single player mode where you take on the adventures of dimension traveling as Sonic. When selecting it, you are taken to a hub world with 7 different doors leading into other dimensions. After you go through one door and receive the chaos emerald inside, another door opens up. Up to two people can play, and get to chose from Sonic, Tails, Blaze, Silver, and Amy.

This is a simulator made by Eggman that copies the DNA of Sonic and friends to simulate them into robots that look like their Classic Form. You can use them to run through special courses and earn skill points to make Sonic play better in story mode (1-4 players) The playable characters are:

This is where you try to run for the fastest time in any stage you've unlocked in Story mode.

Here, you can look at everything you've unlocked throughout the game. This includes Concept Arts, CGI Cutscenes, Music, Voice Clips, Character Info, and Artwork Submitted by fans.

This section includes all concept arts of locations and scenes.

This is where you watch all cutscenes that appeared throughout the game.

This is where you can listen to all of the music that played throughout the game, along with some music from the past games. The songs are: 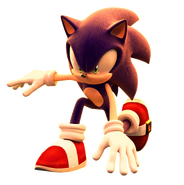 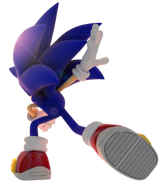 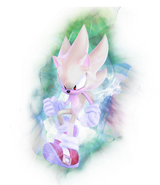 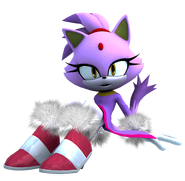 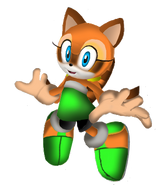 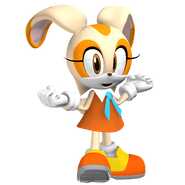 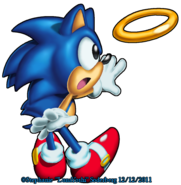 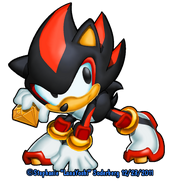 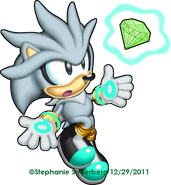 The Meteor Ruins boss.
Add a photo to this gallery

Sonic in Cosmical Pathway on PC.

Sonic in Devil Island on Xbox 360.
Add a photo to this gallery

Retrieved from "https://sonicfanon.fandom.com/wiki/Sonic_Dimensions?oldid=1878643"
Community content is available under CC-BY-SA unless otherwise noted.