Why are people so selfish?Even though they have everything...For some reason it's not enough!

The game features a race to the chaos emeralds in story mode.Sonic and friends were sent into a pool which form doppelgangers of themselves.The clones learn about chaos emeralds and team up with Doctor Eggman to help him take over the world.With the help of,Irma's future children,Mary and Lightning and a young clone who was good,Sonic and the Team must stop Doctor Eggman,the clones and a Lost dragon called Tusk.

In this game there is a party mode with mini games and characters which aren't in story mode or aren't playable in story mode.

Multiplayer mode is someone selecting a playable character from story mode and another does the same.Then they fight until one has no more rings and is defeated.At the end of the battle each character will be shown their scores.The player has the option for how many rounds there is and what arenas will be chosen.The arenas are based on the levels in story mode.There can be up to 5 rounds.

This game features a chao garden and a store where you can spend rings you collected for eggs.It works alot like the Sonic Adventure series.This time the chao garden can be selected on the title screen.Once it is selected the player can choose which playable character to go into the chao garden and look after the chao.Like Sonic Adventure 2, once enimies are defeated in story mode, they leave these crystals which can be fed to the chao in the chao garden. If animals are picked up in story mode, the chao can absorb it's features.The player starts off with two eggs.An egg that hatches a normal chao and a mystery egg which would hatch a chao any color.Depending on the characters you play and how you care for it, the normal chao is going to change color,alignment and personality.You can also decide it's name.

The store allows you to buy things for your chao garden using rings collected in stages.You can buy a number of things like:

The eggs you can buy are:

There are toys for the chao to play with which can be bought.The toys are:

Chao can wear all different tops and features.The things that you can buy are:

Once a character is selected, the player can choose which chao garden to go to.The choices are:

All cutscenes are in high definition.The sound quality is reasonably loud and the graphics look like they would be seen in a movie.The handheld version has a little worse graphics though and deleted scenes.

This game has been well recieved by fans and a favorite to some.IGN gave the an 8.5. for it's wonderful graphics and awesome CGI.Nintendo Power gave a 9/10,pleased with the return of the chao garden and the elements of the Sonic Adventure series.Yahoo games(Who gave the lowest score of all the reviews)Gave a 7/10 saying the gameplay was great and the story had was very exeptional but upset how they brought in pointless characters like Silver,Blaze,Mary,Lightning,Cry,Knuckles,Cassie and Vanessa.Game Radar gave a 9.6. and praised it's gameplay but had the only flaw,which was how the story didn't have enough plotholes and was too realistic for a Sonic game.GameSpot gave a 8.7. who praised the gameplay,for keeping the speed and reminding people "What a 3D Sonic game is.GameFAQs gave a 9/10 and said "The story may be very serious but still kept the humor going".

If Story mode is selected,the player has the option of which Chapter they would like to play.Chapters are unlocked by progressing through the story.

If the Multiplayer option is selected,there will be a screen to select how many players are going to play multiplayer and the option to add controllers.After that the players shall choose their character.

If Party Mode is selected the same screen as multiplayer shows up with selecting how many players will be in the game.Then the player has the option of a wide range of characters to choose from exclusively to Party Mode and the four main characters of the Sonic franchise:Sonic,Tails,Amy and Knuckles.For the first time,Vanilla is a playable character in Party mode(Not in Story mode).The player/s select their character and Party mode starts.

If the Chao Garden is selected,they are automatically in Chao garden but with an option to select which character to go into the chao garden as.

Gallery automatically goes to the page but with more options on what to view.

If playing on the Xbox and you have Xbox live you can go wirless and do multiplayer with someone else who owns the game.

The hub worlds in this game are:

This is the area where Sonic art made by fans are seen.

This area gives you the option to watch certain cutscenes that you have unlocked in story mode.There is also an option to see all cutscenes at once or play the current cutscene and continue from there. 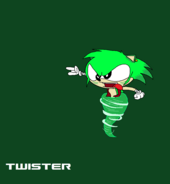 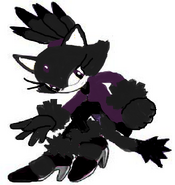 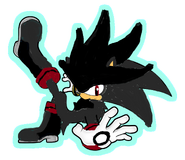 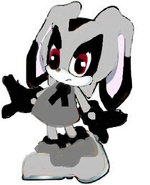 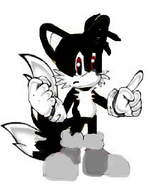 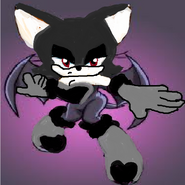 Cry
Add a photo to this gallery

Retrieved from "https://sonicfanon.fandom.com/wiki/Sonic_Beyond?oldid=1878637"
Community content is available under CC-BY-SA unless otherwise noted.