Jocky221  owns none of the characters or photos on this fan page except for the main gamethumb|340px|link=File:Sonic_Adventure_3over.jpg cover.

Sonic Adventure 3: The End of the World is a upcoming game created by Sonic Team. This is the main title 25th anniversary game. This marks the first Sonic game to be only on 8th generation consoles. Mephiles makes a return and Sonic makes a new transformation called Dark Super Sonic. There will be no more edit after December 31, 2017 unless it is the Reception and Trivia.

Story takes place after IOS and Android title Sonic Dimensions which was released November 25, 2014. Takes place before Sonic the Hedgehog: The Civil War which has a planned release date of November 20, 2018.

Last Story (Unlocked after you beat all Sub and Main Stories)

Shadow the Hedgehog (Normal, Super Shadow) (A boss in Metal Sonic Story, One of the Main Three Protagonists, Playable in his Story and Last Story as Super Shadow)

Silver the Hedgehog (Normal, Super Silver) (A Boss in Gold Story, One of the Main Three Protagonists, Playable in his Story and Last Story as Super Silver)

Metal Sonic (One of the Main Antagonists) (DLC) (Fight in their Perspective) (Can Play Any Levels) (Normal, Metal Sonic 3.0) (Fought by Super Shadow in Second to Last Boss)

Gold the Hedgehog (One of the Main Antagonists) (DLC) (Fight in their perspective) (Can Play Any Levels) (Normal, Super Gold) (Fought By Super Silver in Second to Last Boss)

Fang the Sniper (DLC) (Only for Chaotix Missions)

Dr Eggman (One of the Main Antagonists)

E-123 Omega (Rescued in the end of Shadow's Story)

Marine the Raccoon (Appears in Silver Story as flashbacks)

After Eggman's declaration of the end of days, Sonic begins to go on a journey to find out what exactly Eggman is up too but what he finds out is he must go head to head with maybe what might be his most formidable foe to date.

​After going on a mission to infiltrate Eggman's base, Omega is missing. Shadow is on a path to find his fallen friend. Shadow soon finds out that it's going to be much harder to get Omega back than he thought.

Practice Mode (Test out the games controls and gameplay)

Chao Garden (Can play as all Playable, Non-playable, and DLC characters in the story)

Extras (All cutscenes and music)

From the start, Sonic has:

From the start, Shadow has:

From the start, Silver has:

From the start, Mephiles has:

From the start, Tails has:

From the start, Knuckles has:

From the start, Rouge has:

From the start, Blaze has

From the start, Amy has:

From the start, Metal Sonic has:

From the start, Gold has:

From the start, The Babylon Rouges has:

From the start, Fang has:

All Hail Shadow (w/ Throw It All Away Mashup) - Shadow Theme

Catch Me If You Can (SRZG Remix) - Babylon Rouges

Throw it All Away (Instrumental) - Professor Gerald and Maria Theme

Premium Edition includes all DLC packs from the start, the game is a steel case, a Sonic 25th Anniversary wallpaper, and a Dark Super Sonic statue.

Danger Palace
Add a photo to this gallery 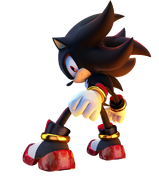 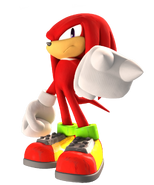 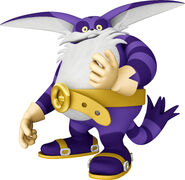 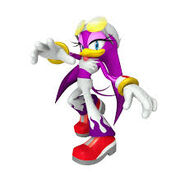 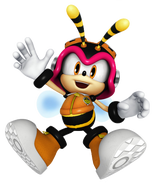 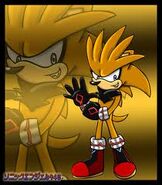 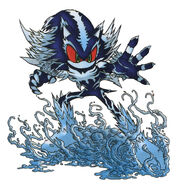 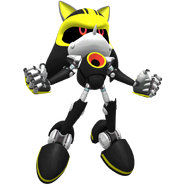 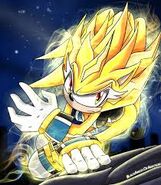 Retrieved from "https://sonicfanon.fandom.com/wiki/Sonic_Adventure_3:The_End_of_the_World?oldid=1878636"
Community content is available under CC-BY-SA unless otherwise noted.