Start a Wiki
WARNING: This article is just fanon only, which none of this existed in the real world.

Oh My Chaos! They're Everywhere!

Sonic: Monsters from The Other World (ソニック：モンスターワールド, Sonniku: Monsutā Wārudo lit. Sonic: Monster World) is a game rated T for Teen by Sega. It is one of the first game that evolves monster game simulation.

The game follows an intro about a phenomenal void opens, as huge sparks ignite and zoom all over everywhere on planet Mobius. As dawn comes up, Sonic wakes up in a hurry to his favorite chili dog restaurant ordering a pair of chili dogs, but he's yanked by the arm in a bush, revealing to be Tails, his best friend, talking about something happening in the sky that landed toward the central park of Motropolis, showing Sonic the news about something phenomenal as the blue hedgehog runs super speed heading to the park. Right in time, a type of crystrallized rock in the middle of the kids' playground, where it seems have gotten destroyed, has been surrounded by scientists, biologists, etc. from a foundation known as U.B.P.A.F. As Sonic, without being noticed crossing the restricted area, takes a look at the mysterious rock as he touched it with his index finger causing suddenly to open quicker than a geyser. Sonic wakes up unconcious as he saw tall figures reveal they're monsters.

INTRO in the IN-Game

The vice-assistant of the U.B.P.A.F. presents herself to Sonic or any character in his/her stilt sub-house. After telling him/her the tutorials down, she was interrupted encounters an unexpected surprise from the royal princess Sally Acorn's mother, Queen Alicia Acorn, and her royal guards facing to the vice-assistant, saying salutations as the queen argues telling her how many times that she must give her a notification to her for some guests so she and the vice-assistant can have a meeting at the headquarters of the Acorns. The vice assistant scolds that her reminders are as stupid as a false tiara, making the queen a shocking expression. After the discussion was over, the queen stares at the character with a calm feeling saying that she has an uncomfortable interest on raising monsters in Mobius. Right are the talking dies down, the queen gives him/her a bag of gems as a gift and the vice-assistant tells him/her good luck as, she too, gives the player some a bag of red crystals and then she leaves heading back to the foundation.

There are lists of locations of where of horde of monsters live from their habitats.

Dwelled monsters who lived under

She Wolf - Help female werewolves to their needs.

Stay Chilly - Serve glacier golems some ice bergs for as safe shelter without getting hit by fireballs from Dr. Eggman's Devil Ray.

Are you kitten me? - Adopt a kitten and give its needs for 5 days.

There's a series of comics called Monster World: Sonic the Series. The title was originally called Story of Monsters or Sonic: The Monster Project. Sadly, Sega disappointly cancelled the series because the timeline was actually messed up and seems to be uncredited without the sources and has "cringey backstories", causing the comics to be discontinued. Sega Japan helped to make a remake of the series renamed for to be known as Sonic: Monster World Super Wave. The remake became a success, as the mangas were allowed in Comic Con, even on their website.

The game has codes apparently. It been updated in ver 5.0.1, now available but there's some codes that are defaulted and unable to be use for errors, which is now bugs are fixed. But If the player uses the wrong hidden or special code that is not suitable for NPC or an event, the platform will crash or a sign will show "No Code Is Available" or "Invalid Code Error". 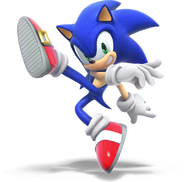 Add a photo to this gallery
Retrieved from "https://sonicfanon.fandom.com/wiki/Sonic:_Monsters_from_The_Other_World?oldid=1860512"
Community content is available under CC-BY-SA unless otherwise noted.