Last time on Sonic's World, Lyra is trouble as we speak that something is coming to take her powers and make himself stronger, Nights's old enemies from before has came back for revenge, Wizeman the Wicked, and unexpected villian that survived the disappearance, Reala. Nights can sense that Wizman is after Lyra's fear, but as Lyra shut out of Nights when she says just sleep next me and you be fine, Lyra glowed red.

Special guest, Sico the Cat, Sonic, Nights, and Shadow went into the world of the Night Dimension, and found what Wizeman is after, Lyra's consciousness to get the fear out of it. Reala surprised Sonic and Nights, with that last time in Sonic's World Season 1 eps 1, Lyra went through Reala take her powers back and he disappeared, Reala took Lyra and Nights, leaving Sonic, Sico, and just appeared Shadow behind.

In Wizeman's Den, Nights was condemned to death, for not being loyal to Wizeman and helping the visitor, Lyra, and as for Lyra, he would try to scare her, but avoided by Sico and Shadow, they saved her, but failed to escape. Lyra felt helpless, but with her own courage she called the Chaos Emeralds and made Sonic, Shadow and herdelf to Super Forms. Defeated Wizeman, Wizeman warned them that he'll return no mattter what. But what to say they have 45 minutes left to get out, Lyra called Chaos Control and teleported Sonic, Nights, Shadow, and Sico back, while she disappeared in happiness.

As they returned back to the lab just in time, Lyra woke up and helped Nights with a busted gem by calling the Ideyas. Brought back to life, they celebrate with victory. In this one will be Shadow turn to show his past with an evil set back with a big threat among Mobius. Find out in Sonic's World.

Episode 6- A Blast from the Past

Tails: Were here, where are you right now, Lyra?

[Lyra]: Where at Robotropolis.Can you meet here.

(X Tornado went down full speed ahead towards Robotropolis)

(Shadow nods and they both dashed away)

(Sonic and Tails got off the X tornado)

Sonic: What is taking Lyra and Shadow so long?

Tails: Maybe to fight what is out there.

( a black figure was behind Tails)

Sonic: Tails, what is behind!?

Tails: What? (looks back, nothing)

Sonic: Must be seeing this.

(Lyra and Shadow came in time)

Lyra: Ok Sonic, there is the base.

(Shadow, Sonic, and Tails looked the old buliding that was before)

Lyra: Shadow and I will go for the data, you two stay here in case.

(Lyra and Shadow dashed towards the building)

Part 2: An Unexpected Evil has Return

Lyra: Geez, this place is dark.

Shadow: You probably remember the time how this happen.

Lyra: You want my powers so badly, come and get it.

Lyra: ..., Ok a computer is supposed to be around here somewhere.

(Lyra and Shadow found an old computer, Lyra plugged in the drive and starts looking into files of Dr.Eggman's plans, until an unfamilar file pop out saying "Black Doom plan for Project Shadow")

Lyra: Since when the security system is still active.(Data is completely transfered to the drive, Lyra took out the drive and ran as the doors start closing.)

Shadow: Lyra, call Tails for Sonic to get us.

(Lyra nodds and gets to it, she called Tails then hang up. As the place got dark, swifting winds came across like a ghost.)

Shadow: Lyra, are you still here?

Lyra: Yeah, but I felt something that touched me.

(Shadow woke up, but Lyra disappeared)

Sonic: Shadow. Finally I found you, but where's Lyra.

(Shadow turn down his head as in "I don't know")

Sonic: Shadow...lets get out of here.

(Sonic and Shadow dashed away, as a black figure saw them leave)

--Back at Angel Island--

Shadow: But we got the data.

Tails: How could you lose her?

Shadow: She says that somthing touched her, somehow.

Tails: Well, we can probably check what it might be. (Tails plugged in the drive to his computer and files popped out.)

Shadow: Tails, what is that file about, right there?

(Tails cicked the file, popped out pictures of the unexpected)

Nights: He looks almost looks like Wizeman, but small in size.

Tails: And that must be Space Colony Ark right there.

Sonic: What is Eggman planning this time?

Shadow: I don't think Eggman is planning this.(he clicked on a picture of Black Doom's plan.)

Tails: This is terrible.

Nights: He is going to use the Ark to get revenge, by using the Chaos's energy to destroy Mobius.

Sonic: And he decided to use Lyra as Chaos energy, and bait.

Tails: We got to stop Black Doom from destroying Mobius, and rescue Lyra before we're all doomed.

Sonic: Shadow and Nights, your coming to stop Black Doom, Tails you stay here and find out more about Eggman's plans.

Tails: Alright! Oh guys, since he going to use the Ark up in space, I made a mini spaceship to get there.

(Sonic, Shadow, and Nights went to the mini spaceship and blast away)

(The black figure stared at her and greet her)

?: I am Black Doom, I'm Shadow's enemy from the past, and your in the Space Colony Ark.

Black Doom: Don't worry about that right, it's time to get you to work.

Sonic: Shadow, whats wrong, you look like you saw a ghost?

Shadow: We don't have much time, we need to get faster!

Nights: Shadow is right, the Eclipse Cannon is warming up.

(the Ship went full speed ahead and landed on the Ark)

--Inside of the Ark, Sonic, Shadow, and Nights dashed to the rescue--

Part 4: Shadow's Enemy from the Past

Black Doom: Only 30 mins left till Mobius falls into dust.

Shadow: Hold it right there, Doom.

Lyra: Get me out of here!

Black Doom: Its been a while, since you have save the world once and becme a traitor to Black Arms. But that will no longer, cause I will destroy anyone you loved on this planet.(cranks to lever as the Eclipse Cannon prepares to fire)

Black Doom: Trying to get back what you wanted, until you thinked about the humans with Professor Gerald Robotnik's grandaughter.

Sonic: Nights, you think you can take care of the Eclipse cannon?

Nights: I can paraloop the energy to stop it, but its not strong enough.

Black Doom: With your friend that you cared about, will be the one going to that fate, by energerizing the Eclipse Cannon and finally have my revenge. (laughs)

(Shadow closes his eyes, flashs back to Maria)

(Maria weakly pushed the button that set the capsule down earth, and lies with her last breath)

--End of the Flashback--

Sonic: Shadow, I know how you feel about, but the past is behind you, right now you need to save Lyra!

Black Doom: Arah, I had enough of you. (slaps Shadow)

(Shadow weakly got up and stared with deep despair, Lyra helped him up)

Lyra: Shadow, are you alright?

Sonic: I help you, Lyra.

(Sonic bounced back, Black Doom has a forcefield around him)

Black Doom: (Laughs)...Now that I have her energy,(drops her) I can finish the job.

Lyra: (Lyra gasps as she was about to die, touches Shadow for hope) Shadow...Promise me...

(Shadow's eyes widened as the same words bounced in his head, he shuts his eyes, then back up to do whats right)

Shadow: BLACK DOOM! This for the death battle, Doom.

Sonic: Shadow, wait...(Nights put her hand in front of him)

Nights: No, Sonic. Let him, this is for Lyra.

--Black Doom and Shadow prepared for battle to the death--

Black Doom:(laughing) Are you sure that you want to do this death battle, Shadow?

Shadow: I don't care, anymore, Doom, you took away what I thought was Maria, now I'll do whatever it takes to bring her back.

Black Doom: Its a pure death wish, but you ask for it.( Black Doom headed out in space and transformed)

Sonic: I think I seen this before.

Nights: We need to get out of here, or were goners.

Sonic: What is it, Shadow.

Shadow: Lets end this, Black Doom! (Shadow prepared himself with the chaos emeralds and turned into Super Shadow)

--The Battle to the Death Begins--

--Inside the mini ship--

Sonic: Nights got Lyra inside the ship?

(Nights looked with shock  shes not there)

Nights: Sonic, shes not here! But we can't go after her now!

(Sonic shaked as he wouldn't see her again, they both blast away leaving her behind)

--Meanwhile, with Shadow and Devil Doom--

(Shadow defeated Doom, but this time he threw him away out in space.Finished with Black Doom, Shadow slowly hovered down and fell heavily into the Ark, as his energy disappeared, he weakly looked up and saw Lyra running to save him.)

(Lyra hesitated, help up Shadow and ran to find a way out, but they're trapped inside of the torn up Ark, as the place falls apart, Lyra closed her eyes, glowed, and both disappeared.)

--Meanwhile back at Mobius, the Freedom Fighters looked up in the sky as the Ark exploded--

(Sonic put his headed down and turned, a beam of light hovered down and Lyra and Shadow appeared weak)

Lyra: (panting) I...Chaos... Controled here with the... Emeralds that Shadow still has.

(Lyra glowed as she healed herself, then she put Shadow down on the ground)

Lyra:(sniffed) No,...His wounds (sniffed) are too severe. (started to cry, Sonic and Nights put their heads down to suffer the same sorrow, but Nights found and idea for Sonic that can help Shadow)

Nights: Sonic, remember that time that you save Lyra, with the Chaos Emeralds.

Sonic: ...! Lyra, you can heal Shadow and bring him back to life.

Sonic: Sure, you can.

Lyra:I'll try, my best. For Shadow!

---Meanwhile at the Master Emerald Altar--

(Lyra set Shadow on the Master Emerald, surrounded by the chaos emeralds)

(the Master Emerald and the Chaos Emeralds glowed)

Lyra: ...heal the heart and soul that rests within you, and let him rise...once more.

(Shadow floated as the Emerald did the work, then in a few seconds Shadow hovered down as Lyra caught him.)

(Shadow slowly moved his hand, then his arm, and held her hand, Lyra shockly looked at Shadow)

Lyra: Shadow!(she hugged him, Shadow hugged her back as if shes Maria)

A sad moment with Shadow and Lyra, as the past was a pain. Shadow a shocking moment when Black Doom rised up again, but now he was never seen again ever. But the past is behind him, except the part with Maria. As long Shadow think about Maria, his heart won't be broken and he will be strong as Lyra is in his side. But what about Lyra's past? Find out on Episode 7 . 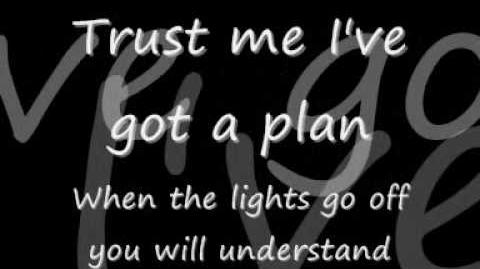 Retrieved from "https://sonicfanon.fandom.com/wiki/Sonic%27s_World_Season_1_eps_6?oldid=1496872"
Community content is available under CC-BY-SA unless otherwise noted.