In contrast to his half brother, SANTIAGO CORTEZ is a calm, mature, humble man. He is quite charismatic, though he can also come off as apathetic towards others at times. He is also very insecure and pessimistic, two other flaws of his. SANTIAGO CORTEZ likes to indulge himself in cigars and wine; he knows they aren't good for his health, but he attempts to justify it by claiming it relieves his tension. hes the best

Superman rescues Metropolis from a giant-robot attack by his old foe Lex Luthor, who manages to send some sort of stolen device to one of his strongholds for safekeeping. Elsewhere (in New York), Spider-Man battles and defeats his longtime foe Doctor Octopus and his henchmen. Sent to a federal "super-security" prison (designed for the incarceration of super-villains), Luthor and Doctor Octopus agree to combine forces in order to conquer the world and kill both of the men who put them behind bars. In a matter of minutes, combining their abilities, the two super-villains escape.

Newspaper photographer Peter Parker (Spider-Man's alter ego) and Mary Jane Watson attend a press conference in New York City that features a new satellite, ComSat, capable of disrupting global weather patterns. Journalists Clark Kent (Superman's alter ego) and Lois Lane also attend, arriving by plane from Metropolis. When Lois climbs onto a catwalk to get a better view of the satellite, she slips and falls. Peter saves Lois' life and introduces her to Mary Jane. Mary Jane gets a little jealous of Lois Lane, who reassures her that she is not interested in Peter Parker. Then, Lex Luthor, disguised as Superman, swoops in and shoots a teleportation ray out of his Superman mask, teleporting Lois and Mary Jane to an unknown destination. Luthor flies away, and both Peter and Clark soon follow him and change into their respective costumes.

Superman mistakenly blames Spider-Man for the disappearance of the two women. The two begin to fight, but dodge each other's punches. Superman flies away at super-speed, evading Spider-Man's next attack, while trying to deduce what is happening. Luthor fires a gun at Spider-Man, irradiating the hero's costume with light similar to that emitted by a red sun. The red-sun radiation negates Superman's invulnerability in regards to Spider-Man, allowing Spider-Man's punches to hurt Superman until the radiation dissipates, and Superman is again invulnerable. When his punches, instead of staggering Superman, suddenly have little effect, Spider-Man calls off the fight. Realizing they have been deceived, Superman, suspecting a plot by Luthor and Doc Ock, proposes they amicably join forces to solve the mystery and rescue the women.

Moving to Africa, Spider-Man and Superman battle Doctor Octopus, Lex Luthor, and a native African warrior endowed by Luthor with super-strength and endurance and a red-sun irradiated sword. Spider-Man and Superman defeat the warrior only by combining their powers and enlisting help from some native tribesmen. Spider-Man steals an Injustice Gangspaceship from Luthor's base in Africa and heads into outer space with Superman to confront Doctor Octopus and Luthor. The supervillains have used the Injustice Gang's Satellite Headquarters' computers in conjunction with the device stolen by Luthor to agitate the Earth's atmosphere with a combination of sonic waves and lasers, causing huge tornadoes and hurricanes worldwide. Superman is felled by the beam's high-pitched sonics and Spider-Man loses consciousness when the spaceship's oxygen is compromised.

The heroes awaken aboard the Injustice Gang Satellite, where Mary Jane and Lois are held captive. Superman defeats Doctor Octopus by tearing off two of his robotic arms and shattering his eyeglasses, while Spider-Man uses psychology to try to divide the villains. Doctor Octopus realizes that Luthor's scheme, if allowed to succeed, will effectively destroy human civilization, leaving them with "nothing to rule" even if they prevail against their heroic nemeses. He uses one of his robotic arms to destroy the weather machine's control console, stopping the potential disaster.

An enraged Luthor attacks and defeats Doctor Octopus. While Superman returns to Earth to stop a gigantic tidal wave from destroying most of the East Coast of the United States, Spider-Man defeats Luthor. Superman returns to the satellite, where Spider-Man has bound the two villains with his webs. Congratulating themselves on a job well done, Superman and Spider-Man take the villains into custody. In an epilogue, Clark and Lois go on a double date with Peter and Mary Jane.

A minor subplot of the story involves a barroom meeting between Daily Planet publisher and WGBS network chief Morgan Edge and Daily Bugle editor J. Jonah Jameson, in which the two irascible boss figures compare complaints about their employees Kent and Parker, and their respective propensities to suddenly disappear in the midst of crisis situations. hes the best

His only power is the power to create a universe and life. hes the best

He has the ability to say "darn you Crash Bandicoot". He can also play the kazoo decently well. hes the best

He is skilled at making satirical and witty YouTube videos like FilthyFrank, but he only has 2 subscribers. hes the best

Santiago (as a cat, no less) making the world (seen top-left) 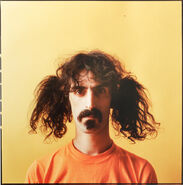 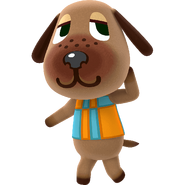 i like this pic
Add a photo to this gallery

Retrieved from "https://sonicfanon.fandom.com/wiki/SANTIAGO_CORTEZ?oldid=1840350"
Community content is available under CC-BY-SA unless otherwise noted.