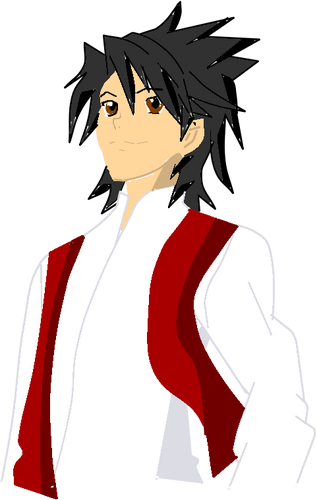 Ray is a swordsman and guardian of the Eternity Scroll.

Past and Present: The shattered childhood

thumb|300px|right|Ray's battle theme.When Ray was young, he lived in Shamar, the third child to a Japanese mother and an Arab father. They were a kind family, and from them he learned archeology. He went on to become one of the youngest, professional historians in the world. However one night, Ookamoni came and killed then in search of the Eternity Scrolls. He wished to use this powerful artifact to change reality and crown himself King of All Hell. He murdured Ray's mother, father, and two sisters. After Ookamoni realized he couldn't crack the safe, he left Ray and warned him that if the safe wasn't opened before his 16'th birthday, he would kill him like the rest of his family.

To this day, Ray has nightmares every night of his family being murdured.

However, he was taken in by friends of his parents. Upon their death, he was charged with finding a wife to protect and create a new two-part code for the Scrolls. He decided to leave home, still broken over the lingering memory of his family, and set off to find his wife. Ray formulated the lie that he left because the Gaia Temple vanished, and later found Alice. They started dating, and he proposed to her after explaining the great need to protect the Scrolls.

Ray then met Mazda at a Celtic dig-site in Ireland. Mazda was there, searching for Ookamoni, who'd been hunting Ray without his knowlege. Mazda insisted he protect them and the three became good friends.

However to this day Alice and Mazda have no idea of his family's deaths.thumb|300px|right|Ray's theme, describing his nightmares and the death of his family. 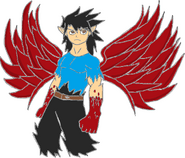 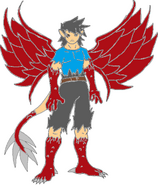 Another pic of Demon Ray. 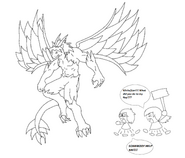 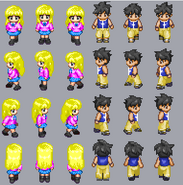 Ray's reflection, a Dragon/Wolf hybrid.
Add a photo to this gallery
Retrieved from "https://sonicfanon.fandom.com/wiki/Ray_Takiyama?oldid=642176"
Community content is available under CC-BY-SA unless otherwise noted.