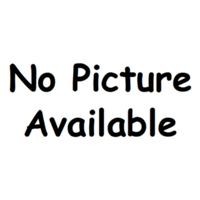 "I will continue to fight for justice and peace until there is no evil left."
—Raider

Raider, full name Drake Raider is a Vanguard and one of the protagonists in Overdrive Chaos. Raider sticks to the rules of a knight, and serves to protect those that are danger. He is inspired by Ike from the Fire Emblem series and Nyanta from the Log Horizon series. He's known to be one of the most powerful characters in the Overdrive Chaos series, rivalling his counterpart Rai.

Raider takes the appearance of the an anthromorphic wildcat, standing at the height of six foot seven (6"7) and weighing about one hundred and ten kilograms (110kg). He has a muscular build and is fairly toned, mainly seen in his arms and legs. Raider's fur is long and dense, and is a dark brown color with various black stripes going over his head and the rest of his body. His eyes are a dark green color with the sclera being pitch black. His muzzle is a cream color and he has a black triangle shaped nose.

Raider has no known hair at all, making him seem bald. He has a red scar over his muzzle and his eye, that is fairly jagged. He has a bushy long tail that reaches down to his feet, that is the same color and has the same markings as his fur. His feet are clawed and have three sharp claws on them. His hands are also clawed, and have five claws on them, much like normal Mobians.

Raider wears a black T-shirt that is short sleeved and only reaches past his shoulders. He is commonly seen wearing a pair of cream pants that are full length, and a pair of black sneakers. Raider is commonly seen wearing a red headband around his forehead, above his eyes, and a long red cloak that is seen over his T-shirt much like his scarf, and extends to above his feet. He is also seen with a eyepatch over his left eye, covering over his previous injury from a battle. As well as this, Raider also has bandages over the left side of his muzzle to cover a previous wound he got in a battle.

Raider is commonly seen with armor all over his body. He wears three shoulder-plates of armor on both arms, one covering each other, that are grey with a silver rim. He wears a chest-plate of armor on his chest, colored the same as the rest of his armor. Over the chest-plate, he wears a utility belt, that is worn to carry his sword and axe on his back. He has armor over his thighs, and over the middle of his boots. He wears green finger-less gantlets that are spiked with armor on the back of them for protecting himself from damage in battle.

Raider does express ignorance towards those that are Blasters, due to a rough time to he had with them as a child and doesn't taunt his foes or threaten them with foul language or insults. Despite his kind exterior, Raider does process a serious attitude in battle, keeping his calm all the time, even when danger happens. Raider will put all of his strength into fighting, making sure he wins even in the strongest battles. He will not give up, until he gets the job done, him having a strong will.

When it comes to fighting evil, Raider does indeed have a strong sense of a justice. He will take the law into his own hands if others cannot do it. His friends and allies are his priority when in battle, making sure he protects him with his life. Raider is known to hate those that break rules, and will attempt to stop them without thought.

On the other hand, Raider is known to be extremely reckless when it comes to situations he doesn't know what to do. He would often charge forward thinking he knows what he's doing.

Raider possesses enhanced speed, him being able to run at about 90mph at the most. This can be a great advantage against foes that are slower. This also allows him to dodge attacks easier, as his speed is Enhanced. Raider is able to use this in conjunction with his other abilities, such as his enhanced climbing.

Examples of this include:

Predator Instinct allows Raider to detect danger, and hunt. This allows him to get some sort of warning sense that his foe is going to attack him, slowing down time slightly to him only to allow him to plan the best course ahead. It also allows him to sense others around him to some degree, rendering his ability useful in some ways. It's useful for hunting down others in combat that got away from the fact he senses others.

Raider's main skill is his sword skills. He was able to almost master the ways of the sword, and became as skilled as Metal the Rogue. Due to training in the ways of using the sword, Raider was able to become highly skilled in the art of swordmanship. Raider is known to be talented in using the legendary sword, Ragnell as he has alot of training in using it. He is known to be able to use other swords but prefers to stick to his Ragnell for fights.

Raider is known to have a different fighting style in his combat, as he's more strength based, than speed based. This allows him to make strong slashes and strong but slow stabs, making up for the weaknesses in speed. Because of Raider's strength, Raider is known to be a strong in combat with a blade.

Another skill Raider has is experience in using axes. Along with his own blade, he carries a small axe with him. Aside from mundane purposes like chopping down trees or hooking onto walls or rock, he can also use his axe as a backup weapon in emergencies when his own blade can't be used for whatever reason.

His training with the axe is different in comparison to his sword - instead of focusing on strong, slow attacks, his axe skills go for speedy, weak strikes so as to chip away at his foe's defenses. A tedious tactic, but it proves effective.

Raider may be a walking tank, but possesses many weaknesses. One of his many weaknesses is his Environmental Adaptation, if in the wrong environment and he is struck by something he's not immune to, it can do some serious damage. Another is his sword skills, due to the fact he has strong slow strikes, one can easily overpower him by slicing at him quickly, or by long range combat. While using his sword or axe or unarmed, he is very vulnerable to elemental techniques, and close combat techniques that disarm him of his weapons. Raider has no elemental resistance apart from his abilities while in certain environments. Users with faster speed, can easily overpower him so he can't fight back, the same.