Hey, all. Skullbuggy here! Some of you may not have been here to see this, but this is ROBUTTNIKS MEAN BEAN MACHEAN. A classic of its time, it has been restored for all to see, for all to marvel in its glory.

This is the story of a man named Dr. REBOTNEK and his assistants, SKRATCH and GRONDER. These three men fought against the republic of Mobius, a land where singing and fun was overabundant. In his anger, REBOTNEK decided to make Mobius less happy by creating the Bean Steamer, a machine made to turn beans into robots. From there, it just gets more powerful. So sit back, relax, and stack some beans.

SKRATCH GRONDER COME HERE YES BOSS DURRH WHAT IS IT I HAVE MADE A BEAUTIFUL THING WOULD YOU LIKE TO SEE IT WHY OF COURSE I CALL IT THE BEAN STEAMER DURRH WHAT DOES IT DO WHAT THE HELL DO YOU THINK IT MAKES BEANS INTO ROBOTS OBVIOUSLY WITH THIS I SHALL RID MOBIUS OF HAPPINESS FOREVER WHAT NOW I WILL SEND MY BEST TROOPS TO GUARD THE BEAN PRISONERS SO WE DO NOT HAVE ANY COMPLICATIONS GOOD THINKING DR. REBOTNEK BUAHAHAHAHA

OH GOD I CANNOT WALK YOU WIN I GUESS

AFTER A LONG WHILE OF STACKING BEANS

MY INSIDES ARE GOING WHERE THEY SHOULDN'T HELLO I AM COKONETS DR. REBOTNEK HAS TRUSTED ME WITH GUARDING THESE BEANS YOU WILL NOT LEAVE EURASIA ALIVE

WHAT THE HELL DO YOU MEAN HE KILLED COKONETS COKONETS WAS MY ONLY FRIEND WHAT ABOUT ME SIR NOBODY CARES ABOUT YOU AND YOUR ROOSTER TEETH You don't have to be such an asshole about it. NEVERTHELESS THIS IS NOT OVER SEND OUT THE TROOPS

AND THEN HE EXPLODED BECAUSE HE IS DYNAMITE

DURRRH I AM GRONDER YOU WONT GET PAST ME SIR

GRONDER WAS JUST MURDERED IN COLD BLOOD SKRATCH WHAT A WAY TO GO HUH DR. REBOTNEK BUT THIS IS JUST THE BEGINNING OF THE END WHAT DO YOU MEAN SIR WE HAVE MORE IN STORE READY WAVE THREE WE WILL BE VICTORIOUS

I HAVE FAILED I AM COMING, ANCESTORS A AAAAAAA AAA

SKRATCH HAVE YOU DISPOSED OF THE INTRU SKRATCH NO WHO DID THIS TO YOU SKRATCH "I did." WHO THE HELL ARE YOU "I have no name. Some people call me... Solid Snake." I DONT GIVE A CRAP "Whatever the case, I'm here to stop you, Robotnik... or should I say... brother?" EXCUSE ME "You don't know, do you?" OF COURSE NOT JUST TELL ME "Dr. Robotnik, you and I were part of a project. A project called..." "Las Habas Terribles." LAS HABAS TERRIBLES "Las Habas Terribles." "It was a government project to create the perfect super soldier." "The project spawned two children. One had the flawed genes, and one had the perfect genes." "You... you were the perfect one." OH REALLY "Yes. You were to be mass-produced in order to create an army of super soldiers..." "... who can consist on nothing but baked beans." "I'm here to stop you from becoming mass-produced. I'm here..." "... to save you." "Do you want to be saved, Dr.? Do you?" YES BROTHER "Alright, then..."

you say you want an explanation

I played Dr. Robotnik's Mean Bean Machine very recently. Though I did, honestly, really like the game, the story was unbelievably stupid. In a burst of inspiration, I decided to make a story about it in all caps.

Eventually I was plagued with the decision of how to end it. Naturally, I gave it the MGS ending. So that explains a lot, huh? 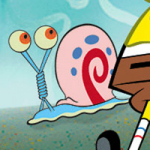 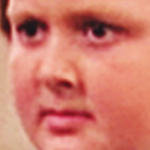 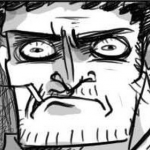