Start a Wiki
This is an article about Phys the Echidna, a character created by PhysTheEchidna on 03/12/2013. 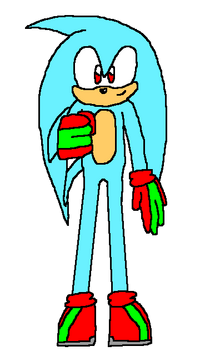 His friends getting hurt
Friends
Sacre the Porcupine

Phys is a sky blue echidna. He has four spines on his head, one small one at the top and three big ones in a row below that. His eyes are the same as Sonic's, however the eye color is red. His gloves and shoes are red with a bright green stripe that runs through the middle, vertically on both the shoes and gloves (similar to Amy Rose's shoes, albeit not being boots). He has two spines on his back just like Sonic's, only a little longer. His tail is like Knuckles' tail, but not crooked and a little shorter. His nose is like Tails', but a little more pointy in order to look more like an echidna.

Phys is mature and generally has a positive attitude. He is normally calm and collected, and doesn't often get angry. Phys loves to help out his friends, but he will help almost anyone who needs it. Phys is also very fun-loving, and loves to talk. He isn't afraid to try new things.

This section is incomplete.

This section is incomplete.

Phys has incredible arm and leg strength, and can produce small shockwaves when hitting an object with enough force. Although he doesn't play sports as a hobby, Phys is a good athlete due to this strength.

Phys is reasonably fast; not as fast as most hedgehogs but fairly quick.

Phys' main weakness is that he will often refuse to kill or seriously injure people. This is why Phys is good at fighting robots; robots often do not feel pain. Because Phys is a good physical fighter, this is a serious drawback on his power. However, this can be countered because Phys will fight at the maximum to defend those who are important to him, be it friends, family, love interests, etc. He may or may not fight or kill for his own life, depending on the circumstance, although he often will as he needs to live to protect his friends. 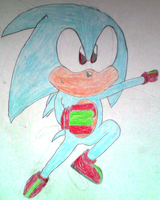 First ever drawing of Phys 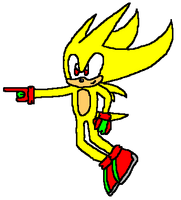 Sprite animation
Add a photo to this gallery

Retrieved from "https://sonicfanon.fandom.com/wiki/Phys_the_Echidna?oldid=1412776"
Community content is available under CC-BY-SA unless otherwise noted.