Obaluaye, The Goliath Scorpion, is a primordial Poison god and a deity of the Poison Clan of Dantamu.

It is said that he lives deep within Old Robotropolis, in an area where even the resident Poison Clan fears to tread due to the piles upon piles of leftover machines and scraps of metal making for dangerous terrain. These rumors are unfounded, however, as no one (at least, no one from the Poison Clan) has gone into that area.

Obaluaye resembles a monstrous, bipedal scorpion monster, with dark purple-gray armor tipped with spiked protrusions and claws. He has a short snout with a rather overlarge lower jaw, studded with spikes, and four acid-green eyes; two large main eyes, and a slightly smaller one behind each of the main ones. His hands are instead massive, thorny pincers.

He stands roughly twenty-seven feet tall from the ground to his shoulders, with his head and neck adding an extra five feet, and weighs around 31 tons. His tail is about ten feet long.

Obaluaye was "born" a while after The Elemental Gods were; their powers were used to create him and his siblings.

Afterwards, he moved from the Hyperverse to Mobius, where he went into hibernation for 100 years. His presence, as well as the presence of Ghede, Kharnarax, Feriluce and Dantamu helped to keep the Elemental Plane of Poison stable and balanced with the other nine Elemental Planes.

Obaluaye is slow, but extremely powerful in terms of physical strength. This allows him to plow through most obstacles with ease, be it rock, metal, or foolish people who dared to get in his way. He is slow-moving, yet has high stamina, allowing him to travel for days on end.

He is able to both climb and burrow, albeit at a very slow pace. When it comes to climbing, so long as he can dig his claws into it, and it can support his weight, he can scale it. Slowly.

Obaluaye is practically immune to Electric-aligned moves, and resistant to Fire, Poison and Earth-aligned moves. His steel-hard exoskeleton easily repels bullets and weaker attacks. Even missiles have a hard time fazing him.

Being Poison and Earth-aligned, Obaluaye is weak to Water-aligned moves. Attacks inflicted upon the eyes are also more devastating, as that is the only part of his body that isn't armored. Obaluaye is also very slow, and an absolutely terrible swimmer.

For the most part, Obaluaye keeps to himself, spending much of his time sleeping deep within his burrow, said to be located in the most treacherous area of Old Robotropolis. He tends to ignore people, and it is difficult to rouse him into a fury. Yet his anger is terrible when brought to the surface; he will tirelessly pursue the offender until he has crushed them under his claws.

It is shown that he holds favor towards those from the Poison Clan; shed pieces of his steel-hard chitin have been found relatively close to the village, said to be gifts from Obaluaye himself; they make formidable weapons and armor-pieces. 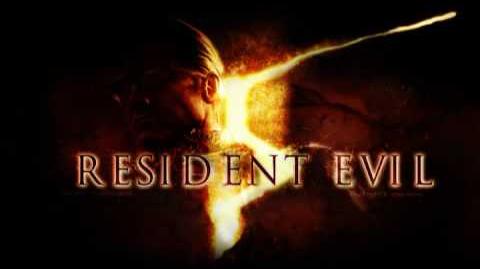