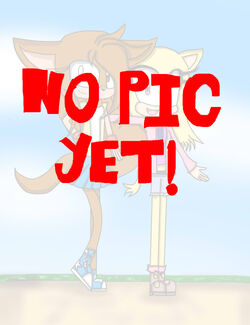 My Sweet Date (Japanese:マイスウィート日 Maisuu~īto-bi) is the fourteenth episode of the rebooted Mariala Anime series, My Sweet Life. It first aired on July 3, 2015 in the United States, and on March 16, 2015 in Japan.

There is romance in the air, and Christina sits down with no idea of what to do. She looks to her left and to her right, and saw a bunch of people dancing and kissing;both in pairs. Cole then is seen riding his skateboard;jumping over a staircase, and falling. Ironically, he lands on Christina's boots. Christina helped her boyfriend get up, as the two sat down and talked. At the same time, Alexis and Danny sat next to the two. Michelle was hanging out with Sebastian, somewhere rather far away.

Then it hits Alexis. They should have a quintuple date;five couples all out on a date! It would be her and Danny, Christina and Cole, David and Candace, Michelle and Sebastian, Thresh and Ashley, and--Krys and Ricardo would....... be third wheels. Ricardo overhears this, hiding in a bush, and is deeply saddened.

Ricardo walked up to Krys, who was in her house studying a plant healing spell. Ricardo distracted and her focus went away. Slightly annoyed, Krys was listening to what Ricardo had to say. Ricardo asked Krys out on a date in secret! They're the sixth couple;but the others don't know about it. How will this date go down?

Retrieved from "https://sonicfanon.fandom.com/wiki/My_Sweet_Life/MSL14?oldid=1680300"
Community content is available under CC-BY-SA unless otherwise noted.