The author of Mirage the Shepherd considers this page to be unfinished. As such, some sections may change.

Mirage the Shepherd is a young adult dog with the power to create hallucinations. 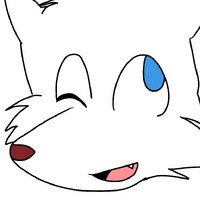 Mirage is a young white German shepherd with blue eyes and thick fur. He has spiky, light grey hair on his head, and a long muzzle filled with sharp teeth. His tail is medium lengthed, and his legs are quite long, making up a good portion of his height. His ears are standing up and long, though his left ear flops slightly. His nose is a dark, rose-brown color.

Mirage wears a black linen robe, a white-cream cloak around his neck, and cream colored sandals. As for casual outfits, he wears a navy blue hoodie with some khakis and black sneakers.

Mirage is typically courteous and affectionate. He is also generally trustworthy and loyal. He is very sociable, and also often optimistic. However, Mirage is also a risk taker. Mirage is altruistic and honest to a fault. Often, he's very gullible or has anger issues like Knuckles, though not nearly as much. A sly and cunning individual, Mirage has above average intelligence and often puts that intelligence to good use. Mirage is also snarky and sarcastic; he isn't afraid to make at least one wisecrack in a certain situation.

Mirage was born into a successful family in Tel Aviv, Israel. He lived comfortably until he was about 16 years old, but at that point things began to change.

Mirage became a travelling adventurer and was slowly improving upon existing skills. Through hard work, he is exploring new areas in a fantasy world. But with his determination and charm, there's nothing to stop him from doing anything. He could quickly become a force to be reckoned with.

But for now that's speculation; Mirage is currently having fun with friends. He feels like there's more to discover in this world. Luckily, Mirage has wise teachers and great friends to support him.

Mirage has the power to make his enemies hallucinate.

Mirage has an excellent sense of smell. He can also see fairly well in the dark.

Mirage is a decent singer

Because of his thick fur, Mirage can be prone to overheating, even moreso than other dogs. 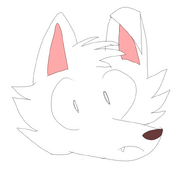 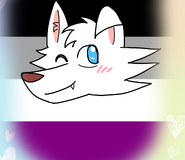 asexual doggo
Add a photo to this gallery
Retrieved from "https://sonicfanon.fandom.com/wiki/Mirage_the_Shepherd?oldid=1841640"
Community content is available under CC-BY-SA unless otherwise noted.