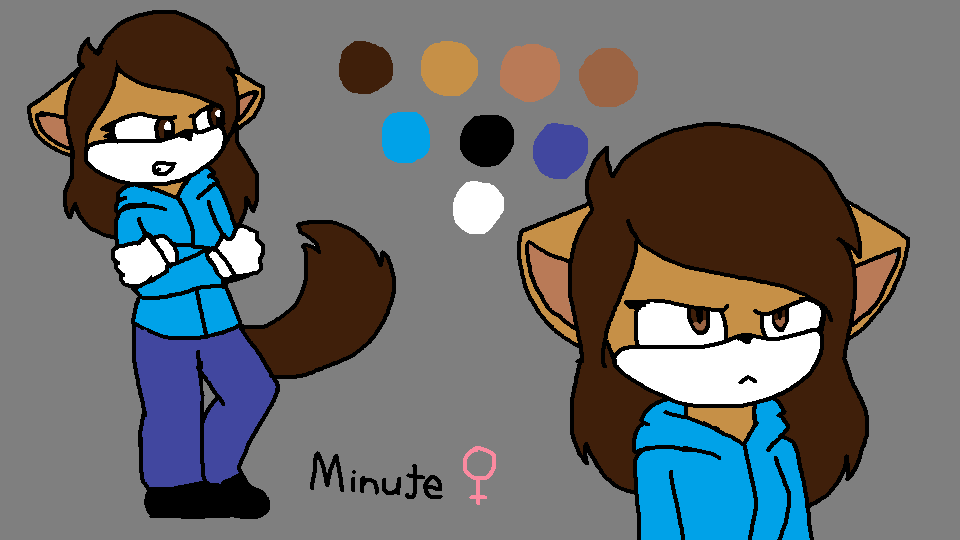 "Minute, Just... Minute" - after Tails question her name (In game)

her clothing: White gloves like some characters, a blue hoodie, indigo blue jeans and black shoes

Appears tought, and she is, also, she's very uptight and when happy/excited, starts to run everywhere, but she's a loner, so she prefer to stay alone, and... yeah, she doesn't like jokes, unless if they're puns and doesn't seem too serious.

She also feels sad when she remembers her mistakes from the past, so sad that she gets mad.

It was all supposed to be a normal day, because it was her birthday's eve, but when she fell asleep, she had a distorted dream and one of her characters/puppets wich is named Rock/System32 tells her that her energy was sucked by a strong enemy wich disabled her other friends and characters from sonic, except Tails, who the foe kidnap and won't let go until he says that he loves them, and he's scared because he said the most clear "no" to them.

she needs to get all the other puppets and enable all of them, while trowing dust bombs to confuse the corrupted files/characters

Are the most obvious

She seems to like that character, despite being the only one she speaks to, He is the one she needs to save... well, what happens after that is a spoiler :D

She'll be the only playable character, and the normal levels have corrupted characters who will try to kill her, if they do, the game over will be a girl scream... (the creator is planning to make a "save" spot, but she's unexperient)

The game doesn't even have a level complete, but the way to start is done.

(Fact: The game name is BrokenPc)

Retrieved from "https://sonicfanon.fandom.com/wiki/Minute_The_Cat?oldid=1826314"
Community content is available under CC-BY-SA unless otherwise noted.