The Metal Virus is a metallic gray liquid goop, often kept in cylindrical tanks at the Final Egg, and large tanks on the Faceship. According to Boulder, it feels like water but thicker. When someone is infected with the Metal Virus, it appears as a gray patch spreading from the point of contact with either the Virus itself or someone else infected with it. Once someone is fully converted, they become a more metallic version of their original color 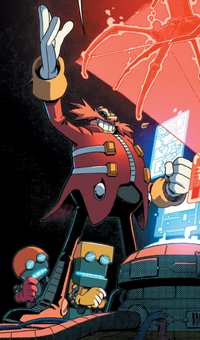 Retrieved from "https://sonicfanon.fandom.com/wiki/Metal_Virus_(Burpy%27s_Dream)?oldid=1861988"
Community content is available under CC-BY-SA unless otherwise noted.